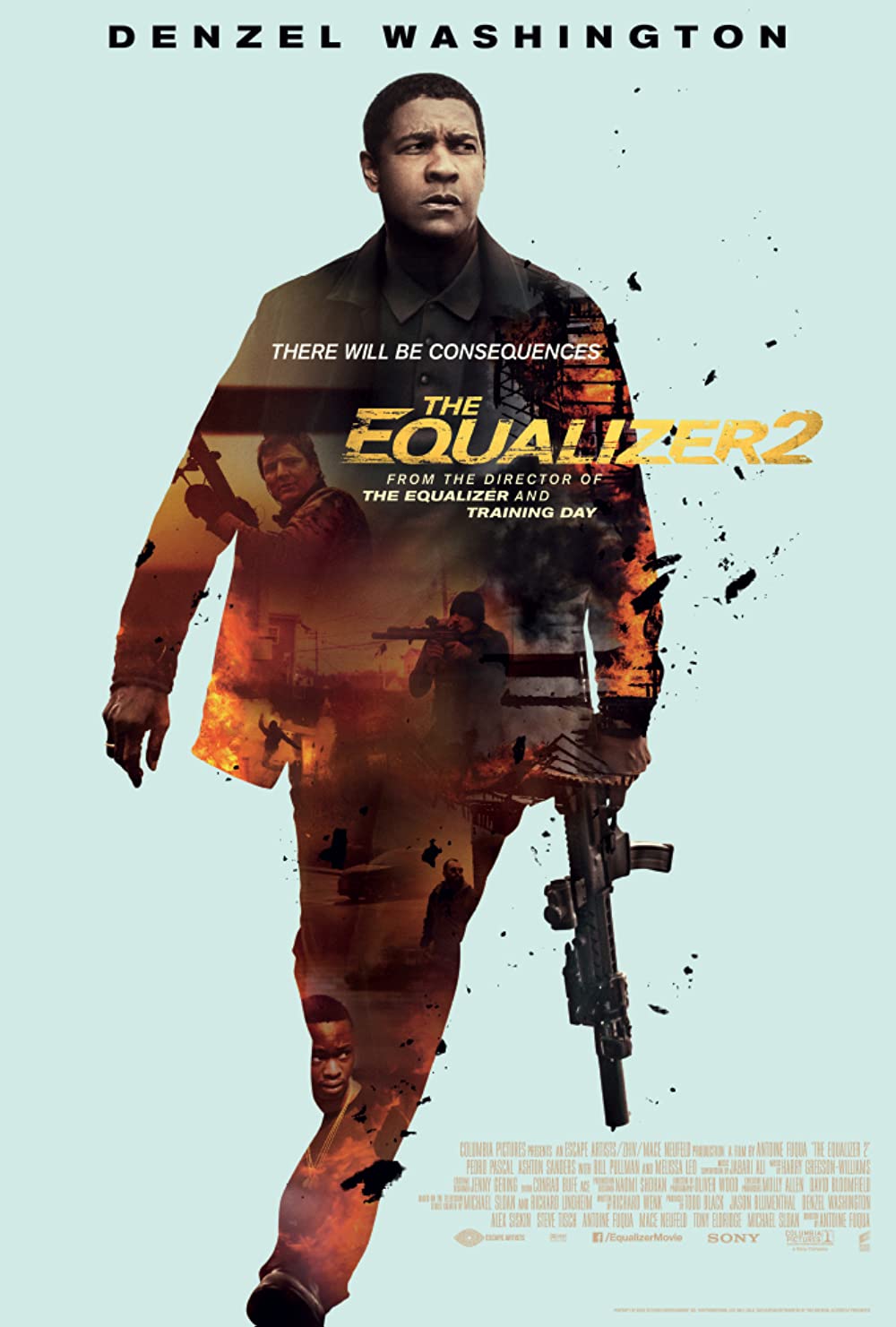 The Equalizer 2: Directed by Antoine Fuqua

In a Hollywood where it is hard to find movies that are no longer good, but, at least, with some personality for the current cast of top action movie stars (Dwayne Johnson, Jason Statham, Vin Diesel…), it is surprising that they are actors with a lot of tradition and in advanced maturity those who get this kind of entertainment vehicles. What the former do not achieve in blockbusters, the latter achieve with conceptually more modest and classic films. This is the case of Tom Cruise with Jack Reacher, Liam Neeson with Revenge and his wide assortment of collaborations with Jaume Collet-Serra, Keanu Reeves with John Wick or, in this case, Denzel Washington with The Equalizer. It is not that they are small-budget movies, nor are they an example of originality, but they radically move away from budget waste and from that obsession with digital and ostentatious set-pieces, while focusing all their efforts on creating charismatic and imperfect characters. who are, almost always, heroes in spite of themselves, with an aura of a martyr in the style of the classic western.

It should be pointed out in all this something, perhaps, worrying, at least for those involved, and that is that the current first swords of action cinema are already around 50 years old, an age at which people like Cruise, Washington or Neeson were not only solvent as stars, but they had an acting career that Johnson, Diesel and company wanted.

But let’s get to the point. The Equalizer 2 is one of those simple titles, not very ostentatious and in which its best special effect is its protagonist. Denzel Washington, in the first sequel that he stars in throughout his career, repeats again at the command of Antonine Fuqua to give life to Robert McCall for the second time. A character that deepens what was already shown in the first part: an austere type of life that uses his extraordinary skills in combat to improve the lives of his fellow citizens. That an abused father kidnaps his daughter to piss off the mother? Your neighbor Denzel fixes it for you. What about a troubled boy? There’s Denzel to mentor. Has your cat got stuck in a tree? Don’t worry, Denzel will give the tree a chance to reconsider, and if not, he’ll start the palizometer on his wristwatch.

In this second installment, it is true that the first two acts are greatly diluted and focus more on portraying McCall’s work as a good Samaritan in his city than on developing what will be the main plot, more emotional than complex insofar as it closely concerns the few ties that the protagonist maintains with his old life, before becoming a “ghost”. It is something that for some can be counterproductive because until halfway through the film there is not a trigger that sets our protagonist in motion towards a goal other than making the world a better place (even if it is breaking people). However, a tempo very typical of the spaghetti western can be recognized, of letting things go slowly, that you become fond of the protagonist and the secondary ones so that, when it’s time to put the accelerator, everything really matters and you want things to go well so much. as does McCall himself.

The tandem formed by Antoine Fuqua (director) and Richard Wenk (screenwriter) works like clockwork in this regard. It is noted that both are clear about why the film takes its time to start, without being boring at any moment because there is no action that is not vital for the protagonist. From chats with an old passenger to having soup with an old friend, everything is part of the universe in which McCall has decided to do his bit to atone for his old sins.

And when the main plot starts, the film grows exponentially. Without abandoning his little mini-stories, McCall has to take part in a very personal affair that culminates in one of the best climaxes I can remember in recent action movies. Pure western in an empty town that confronts the protagonist and his enemies adding a special guest: a coastal storm that enhances the ending both aesthetically (it looks tremendously real) and in its narrative function, making elements such as wind, noise or Difficulty seeing is incorporated into action scenes like a tailored suit.

Fuqua and Wenk thus magnify a protagonist moved, more than by revenge (also), by a sense of community above the norm. Someone who believes that people are better off helping each other, something the movie constantly emphasizes and conveniently “softens” with a good helping of slashes when it seems like the sugar might be too much. Jokes aside, it is comforting to watch action movies that decide, in addition to entertaining you by pulling on your base instincts, to sell you an idea of ​​commitment to others that is far from what most of us have in our day to day.