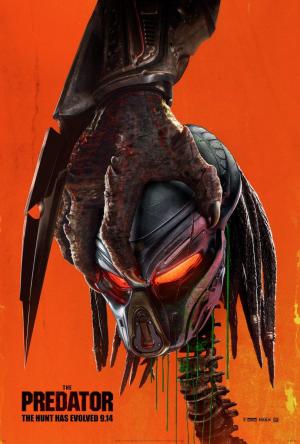 There was desire and there was illusion. Returning to a mythical saga like Predator at the hands of one of the sharpest screenwriters in Hollywood, Shane Black, to top it all off, an actor in the original film, was something that he painted very well. The perfect combination of ingredients and a Black, today very prestigious thanks to his brilliant detective buddy movies, that he met with Fred Dekker 30 years after writing An Amazing Gang together. But something went wrong in the process, because the intentions of this Predator are very clear in its excellent first half.

Predator, as Black has told in an interview (for example, in Directed by), was an opportunity to return to the origins, to palpable action cinema, as far as possible from digital, violent and fun. It was also an opportunity to dig a little deeper into the mythology of predators, which must have seemed as big as they were fast, and come up with some interesting ideas, like the group of misfits that becomes the perfect weapon when the situation calls for it and, above all, that of talking about certain pathologies in an inverse key, more as an evolutionary trait than as a dysfunction.

The first two thirds of the film explore all of these elements very smoothly. It tells us, in parallel, the story of Quinn McKenna, an elite sniper who survives an encounter with a predator and ends up on the run, and his son Rory McKenna, a boy with Asperger’s who activates, without knowing the consequences, part of the armor of the predator his father dealt with. Throughout that part and until the family reunion occurs, the film gives the characters a lot of room, with Black’s usual humor, and brings to fruition that initial premise of offering a palpable and classic show, materialized in two scenes stupendous scenes that take place in a top-tier science facility and on Halloween night in a suburban neighborhood.

A good section in which, without being Black’s best work, which is handled better in other territories, it does not disappoint at all and has occasional moments of brilliant ensemble comedy (that kind of scene from Snow White and the Seven Dwarfs that occurs in motel room). But when both plots come together completely and put the direct towards the final stretch, the film hits an incredible turn to the conventional and all the previous virtues almost completely disappear.

Suddenly, the characters take a backseat to focus on what seemed like an excuse, the vaunted apex predator, the useless flaming spoiler you put on a cheap car. A climax full of confusing action that takes place in the most soulless scenarios of the entire film by far. A dark nocturnal forest (in which I would swear that a character who reappears shortly after dies) and a clearing in that same wooded area, with a stream, which serve to quickly sentence what should be the great confrontation of the film.

All that final stretch aims to be the hasty goop that they have made in the film to “remedy problems” detected in the tests with the public. Some reshoots with which Black does not seem at all comfortable or, at least, not at all enthusiastic. And all this finished off with an epilogue that tries to be explanatory, epic and comic at the same time, without working well in any of those three things. A very embarrassing “total, who cares” that leaves the door open to an idea that, personally, I don’t want to see at all.

The film, as a whole, is not as bad as many have painted it, but the final downhill is so brazen and its outcome so churrero, that the bitter aftertaste it has left on many viewers and critics is very understandable. It’s the kind of film that highlights the long-standing tradition of testing movies with audiences before they’re released and remaking them based on their response. What surprise or what novelty is anyone going to offer if in the end they have to jump through the hoop of majority opinion? Does it make sense to set up a fancy restaurant if in the end fear makes you offer everyone macaroni and tomato?