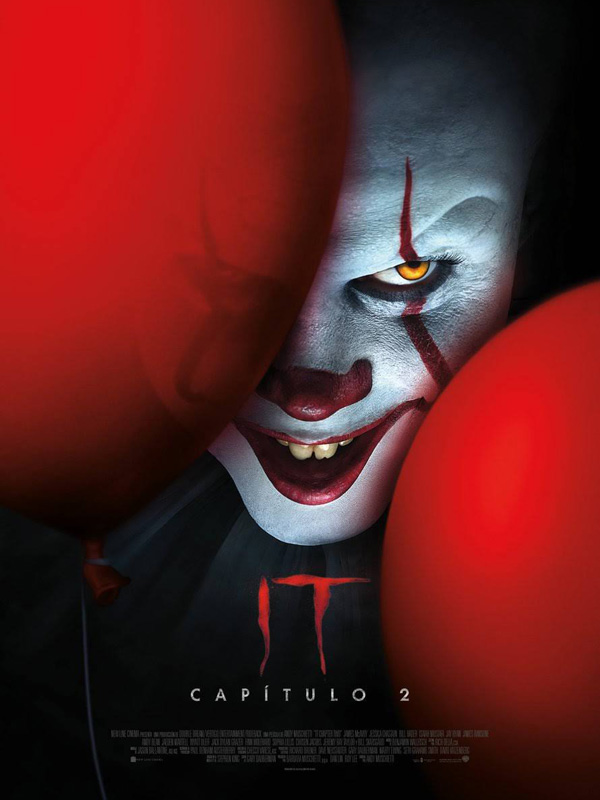 It: Chapter 2. Directed by Andrés Muschietti

Two years after the first installment, Andrés Muschietti brings us the second part of It, which completes its diptych and the adaptation of Stephen King’s extensive novel. A continuation that has been developed in the heat of the success of the first part (the highest grossing horror film in history) but that is conditioned by the licenses that it took with respect to the original novel, especially in relation to the structure .

King’s novel narrates present and past events practically in parallel. Two intertwined timelines allowing not only to get to know its protagonists better and why they are the way they are in the present, but it also makes it easier for the entire work to have a solid structure and natural fluidity from the beginning with the disappearance of Georgie to the final confrontation with Pennywise in the present.

It was a luxury for Muschietti to ignore the present in his first film, being able to build a terrifying childhood adventure around a group of friends united by terrible circumstances. But in the sequel, despite putting in quite a few strokes from that past, he finds himself faced with a harsh reality: narrating exactly the same thing a second time, with the only difference that his characters are now adults. An entertaining revival but not very inspired by what was seen in the first part.

The film had the opportunity (and the footage) to compensate for that feeling of deja vu by giving more room to the adult characters, but many of the details built by King in the novel remain unresolved, some quite bloody like not knowing nor what does the character of Jessica Chastain do, portrayed only as a subscriber to relationships with abusers. It will be the loss of innocence, which turns everything into anodyne, but what could have been interesting is handled almost like a nuisance to deal with, like a bureaucratic procedure, to build a film that, roughly speaking, consists of each one relives the most terrifying aspect of his childhood while recovering an essential object to connect with it and face Pennywise in a technically impeccable climax but as long as it is similar to that of the first installment. There is barely room to build relationships that are not brief nods to what they were in childhood, with Bill Hader and James Ransone putting the little heart that is seen in the film. Nor is it that the purely terrifying part innovates too much. Pennywise continues to be disturbing, but his tricks are basically the same and, although he threatens to learn more about his origin, it barely remains a sketch, just enough to build an outcome that, it must also be said, sinks into his own idea of ​​how defeat pure terror.

It: Chapter 2 is, in essence, an aesthetically flawless film (one couldn’t expect less) but lacks emotion. Two and a half hours of footage that is entertaining but rarely hectic or terrifying. The plan was always to make the full adaptation but, as with the leads, it seems that Muschietti’s return to Derry is more the result of a commitment than a conscious wish. It almost seems like a procedure with which the studio had to be satisfied because everything that seemed to interest the director was told in the first installment. Luckily, one can benefit from only playing one timeline in that one and enjoy that movie without needing to complement it with this sequel.