Vikings is a historical fantasy drama television series created and written by Michael Hirst for the History channel of Canada. Filmed in Ireland, it premiered on March 3, 2013, in Canada. The series concluded on December 30, 2020, when the second half of the sixth season was released in its entirety on Prime Video in Ireland, ahead of its broadcast on History in Canada from January 1 to March 3, 2021. A sequel series, titled Vikings: Valhalla, is in development for Netflix.

Vikings is inspired by the sagas of Ragnar Lothbrok, a Viking who is one of the best-known legendary Norse heroes and notorious as the scourge of Anglo-Saxon England and West Francia. The show portrays Ragnar as a farmer who rises to fame by raiding England and eventually becomes a Scandinavian king, with the support of his family and fellow warriors. In the later seasons, the series follows the fortunes of his sons and their adventures in England, Scandinavia, Kievan Rus’, the Mediterranean and North America.

The series began filming in July 2012 at Ashford Studios in Ireland, which at the time was a newly built facility. This location was chosen for its scenery and tax advantages. On August 16, 2012, longship scenes were filmed at Luggala, as well as on the Poulaphouca Reservoir in the Wicklow Mountains. Seventy percent of the first season was filmed outdoors. Some additional background shots were done in western Norway.

Two new series regulars were announced on June 11, 2013: Alexander Ludwig, portraying the teenage Björn; and Linus Roache, playing King Ecbert of Wessex. The second season undergoes a jump in time, aging the young Björn (Nathan O’Toole) into an older swordsman portrayed by Ludwig. The older Björn has not seen his father, Ragnar, for “a long period of time”. Lagertha remarries to a powerful jarl, a stepfather who provides harsh guidance to Björn. Edvin Endre and Anna Åström signed up for roles in the second season. Endre had the role of Erlendur, one of King Horik’s sons.

Norwegian music group Wardruna provided much of the background music to the series. Wardruna’s founder Einar Kvitrafn Selvik also appeared as an actor in the show during the third season, portraying a shaman.

Michael Hirst announced plans for the fourth season before the third season had begun airing. The fourth season began production in Ireland around the Dublin and Wicklow areas in April 2015. Additional location photography featuring Ludwig took place in Canada.

Finnish actors Peter Franzén and Jasper Pääkkönen, as well as Canadian actress Dianne Doan, joined the cast of the fourth season. Franzén played Norwegian King Harald Finehair, a potential rival to Ragnar. Pääkkönen was cast as Halfdan the Black, Finehair’s brother. Doan portrays Yidu, a Chinese character who has a major role in the first half of the fourth season.

Former Toronto Blue Jays player Josh Donaldson is a fan of the series and in January 2016, it was announced that he would have a guest appearance in the fourth season of the show as “Hoskuld”.

At the same time that the series was renewed for a fifth season, it was announced that Irish actor Jonathan Rhys Meyers would be joining the cast, as Heahmund, a “warrior bishop”. Vikings’ creator Michael Hirst, explained: “I was looking at the history books, and I came across these warrior bishops. The antecedents of the Knights Templar: these are people who were absolutely religious, yet they put on armor and they fought. Don’t let their priestly status fool you, either. ‘They were crazy! They believed totally in Christianity and the message, and yet, on the battlefield, they were totally berserk.'”

WWE star Adam Copeland was cast in a recurring role for the fifth season as Kjetill Flatnose, a violent and bold warrior. He is chosen by Floki to lead an expedition to Iceland to set up a colony. Irish actor Darren Cahill plays the role of Æthelred of Wessex in the fifth season. Nigerian actor Stanley Aguzie told local media he had landed a small role in the fifth season. The fifth season also features Irish actor, musician and real-life police detective, Kieran O’Reilly, who plays the role of “White Hair”. In April 2017 it was announced that Danish actor Erik Madsen would join the cast for the fifth season, as King Hemmig. He spent several months of 2016 on the set of The Last Kingdom, portraying a Viking. Season 5 involved location shooting in Iceland as well as Morocco, the latter standing in for Sicily and Egypt.

Russian actor Danila Kozlovsky joined the series for the sixth season, as Oleg of Novgorod, the 10th century Varangian (east European Vikings) ruler of the Rus people. Katheryn Winnick, who portrays Lagertha in the series, directed an episode of the season. Music for the series was contributed by Scandinavian artists with strong Nordic folk influences, including Wardruna and Danheim. 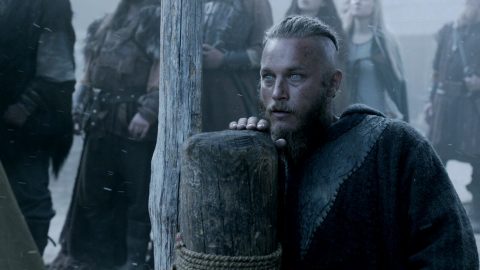 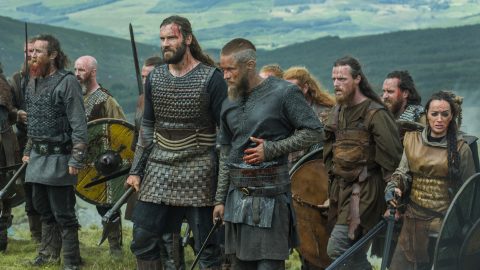 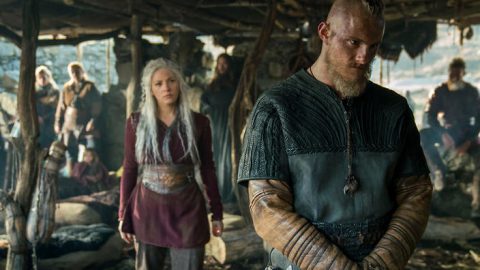