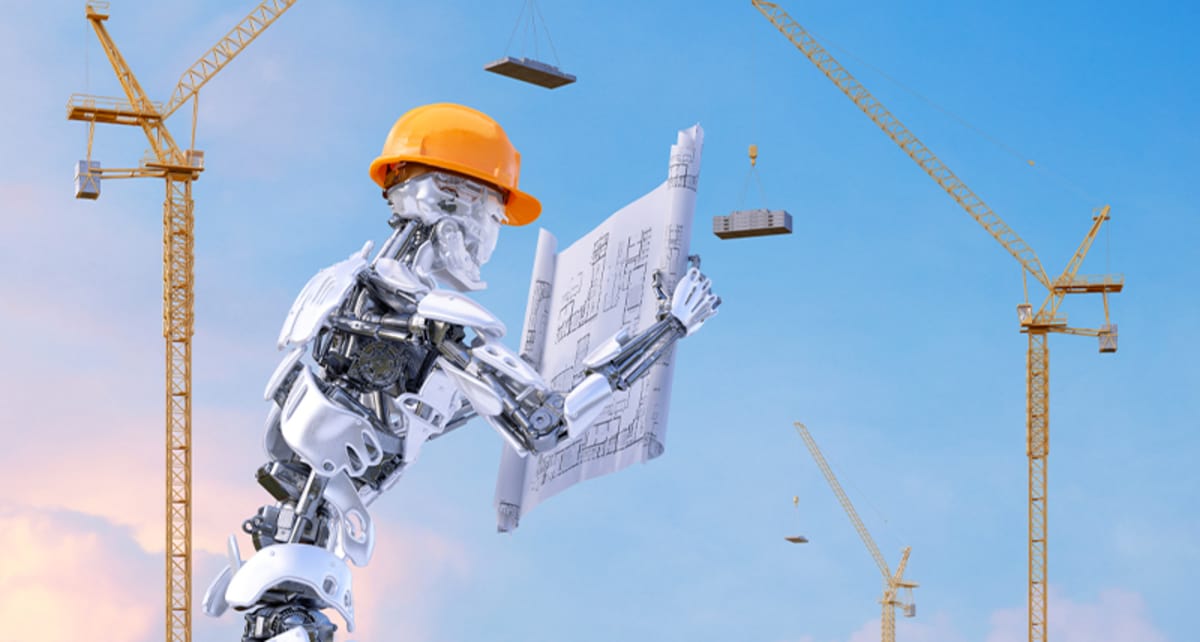 Use of Robotics in Construction Industry 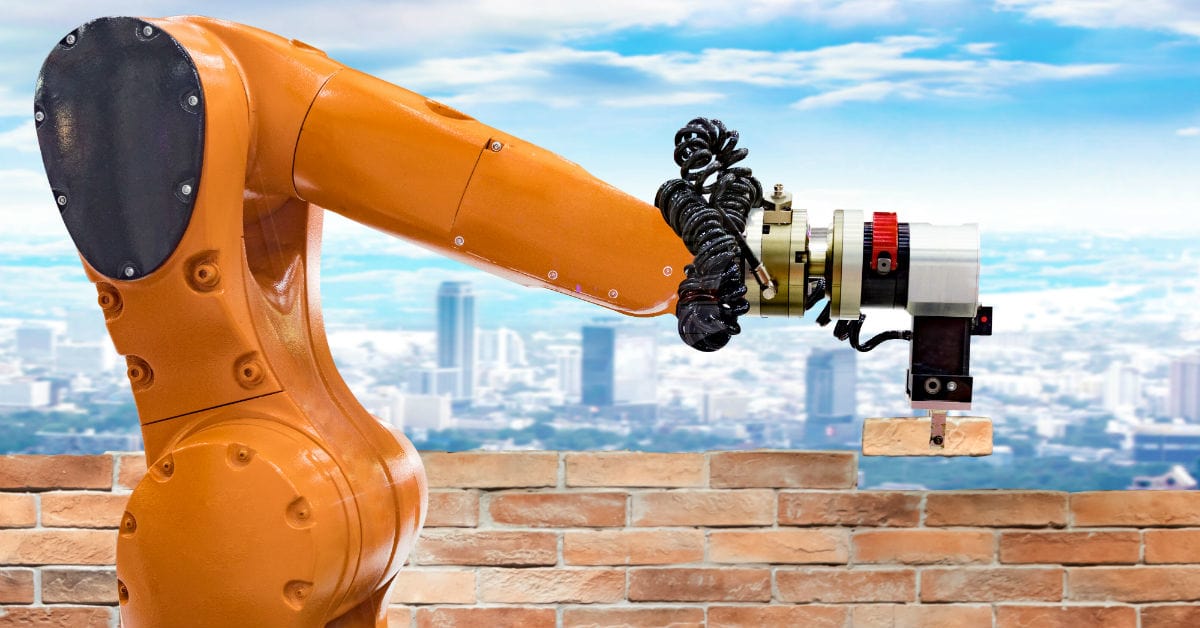 One of the biggest areas in which the construction industry is adopting technology is using robotics. Using robotics in construction does not mean that humans are removed from the process. “Humans are still in the loop for much of construction robotics,” says Matthews, “combining the strengths of human supervision with multiple technologies.”

The use of drones, exemplifies humans’ essential part in robotics. Drones can be used for anything from painting to identifying safety concerns on work sites. While the drone is doing the “work” construction workers control the device from a smartphone or tablet. 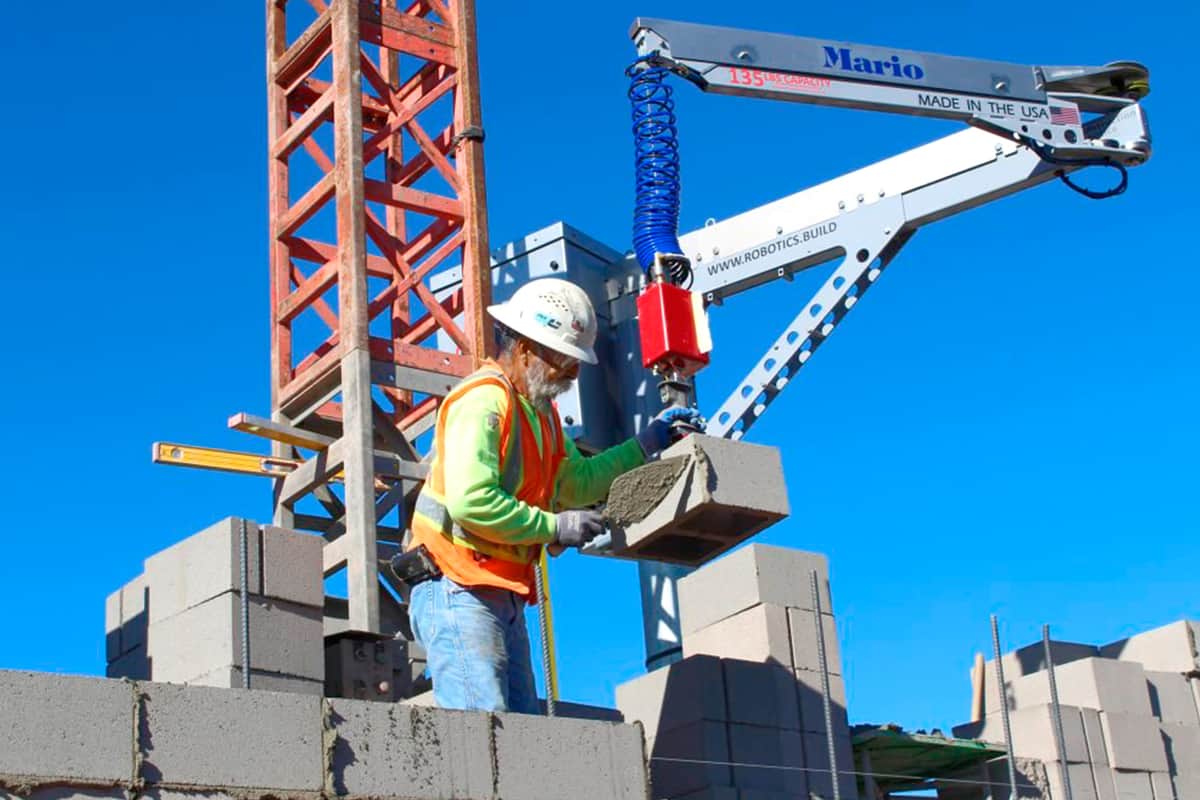 Drone data may be integrated with data captured by ground-based robots, also known as Autonomous Mobile Robots (AMRs), to provide a real-time view of a work site. This data can then be integrated into Virtual Reality, allowing project managers to “see” the construction site without having to leave the office. 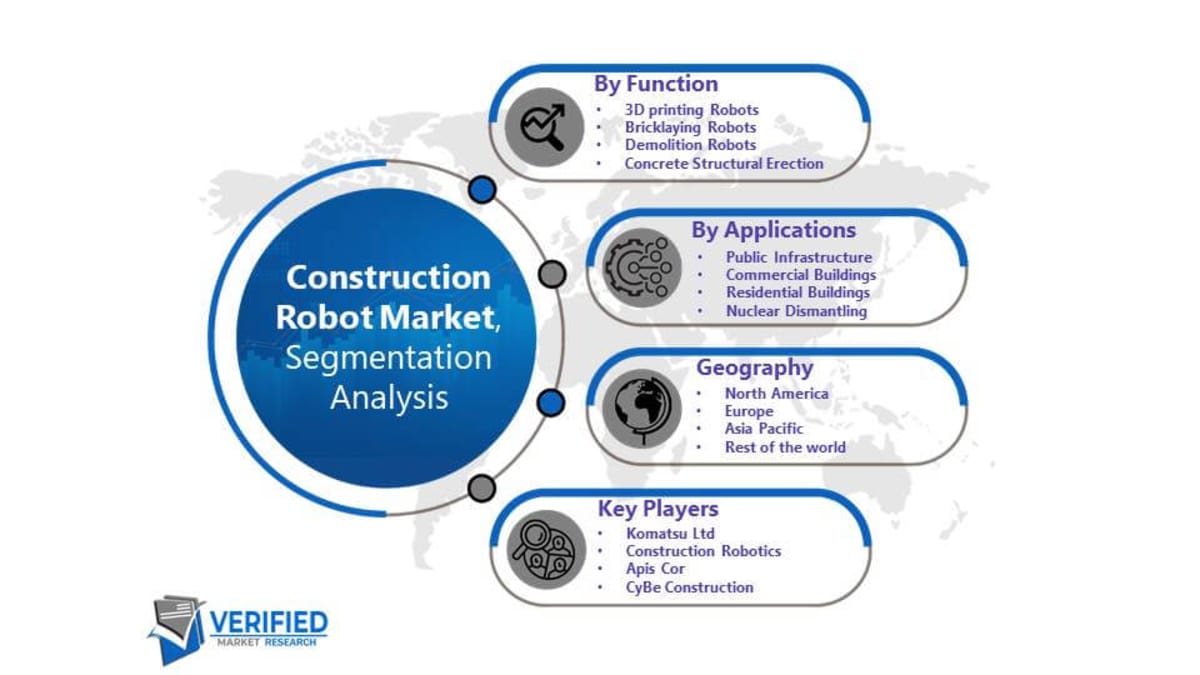 Advantages of Robotics in Construction

It is noticeable that there are many robotics initiatives, each developing at its own pace. To narrow a vast field, we will be considering the following types of automation and robotic technologies: 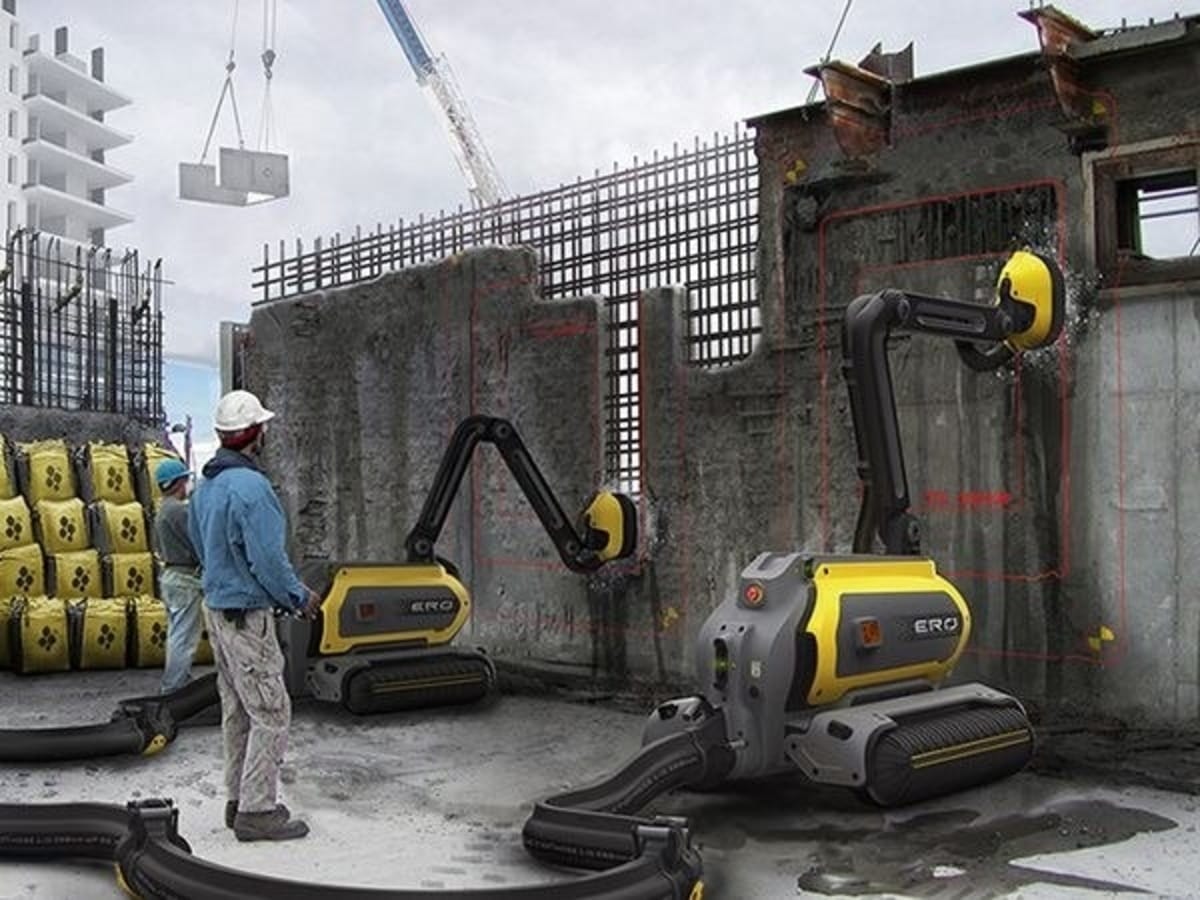 Due to the nature of the job, repetitive stress injuries are a constant threat in the construction industry. According to previous research, 19,070 overexertion injuries occurred on construction sites in 2014. Construction robots can prevent these injuries by taking over repetitive or mundane tasks that could result in overexertion.

One example of this is Tybot, an autonomous robot designed to tie rebar during bridge construction. This work is traditionally done by employees who are often suspended far above roads or rivers. With Tybot, workers only must frame about 10% of the bridge by hand before the machine can take over and complete the rest autonomously. This reduced work time will make job sites safer, reducing injuries and facilitating faster task completion. 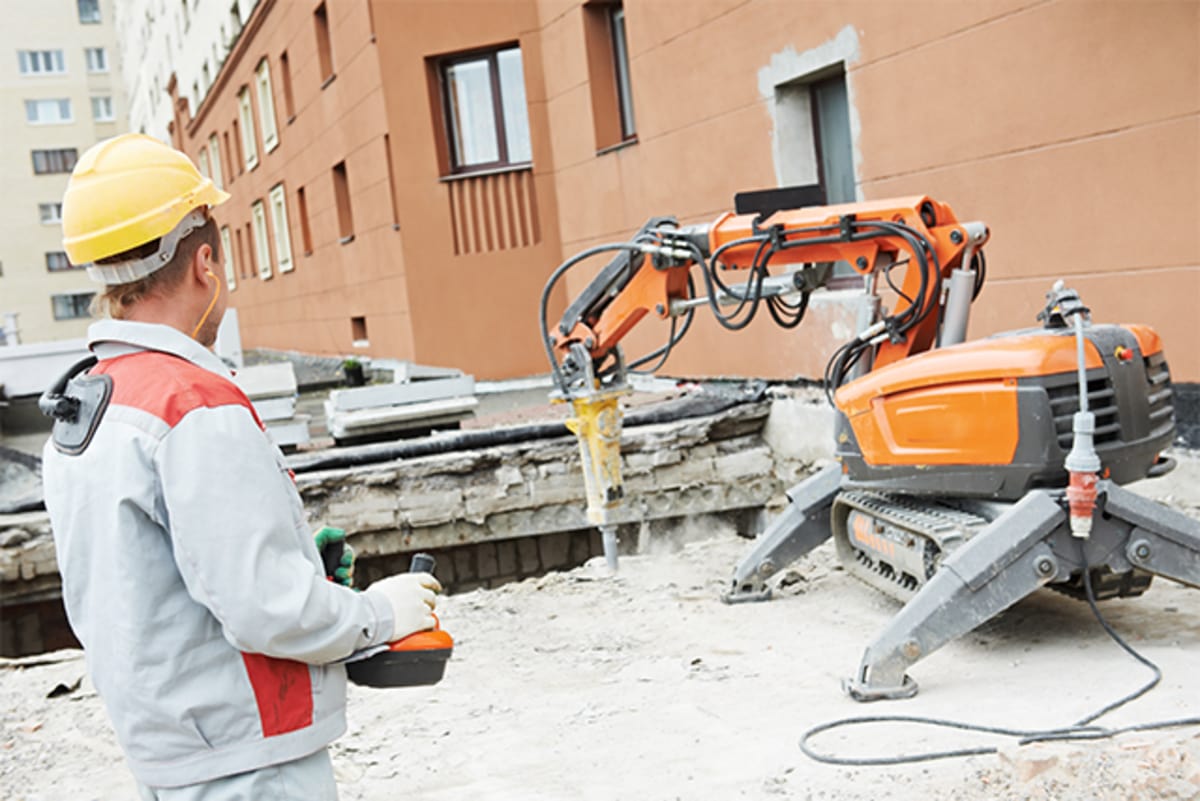 While it is possible to monitor job-site progress with the human eye, human perception is not always the most efficient tool for comparison. Doxel, a tech startup, is working on a robot designed to climb stairs and autonomously navigate construction sites. While it does this, it uses LIDAR laser scanners to create a real-time 3D model of the worksite.

One demonstration of the bot found this real-time modeling reduced the project’s budget by 11%. It also increased productivity by 38% because it enabled supervisors to see how much work was accomplished and accurately calculate how much money was owed for the day. It might not be long before we see these LIDAR-equipped robots wandering construction sites around the globe. 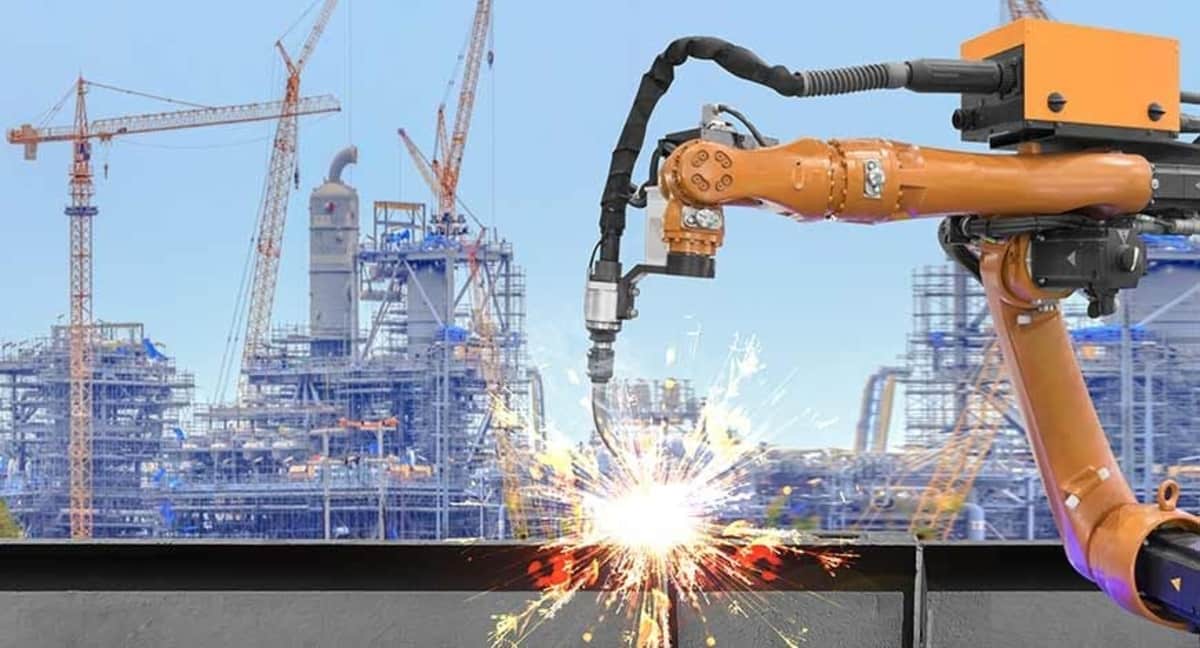 Helping to Solve the Skills Shortage in Construction

Construction is a labor-intensive sector. Automation robotics has proved to be very effective in other industries for reducing labor costs while also improving productivity and quality – so why not construction?

The shortage of skilled labor in construction has been a concern for several years. Using robots can increase productivity and help address this shortage. It will also allow wages to rise for workers with advanced skills. At least during the transition time — which will take a decade or longer — those with advanced skills will be more in demand. 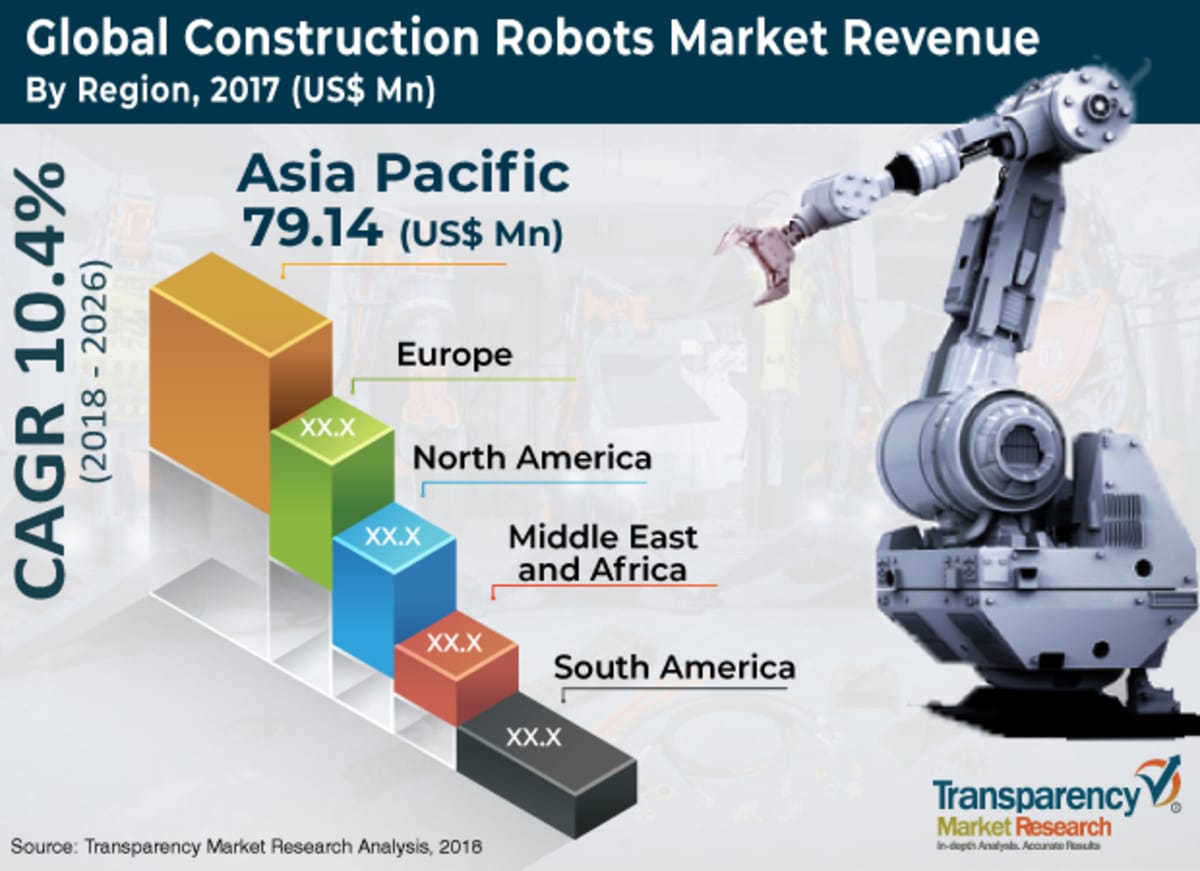 Producing individual components, or modules in factories lends itself to more automation compared to what can be done on-site. A substantial shift to modular construction off-site could have a significant impact on building construction, but again the transition will take time.

Some companies, such as Katerra, are already building such modules. The construction in these factories is mostly carried out manually, but over time, as scale increases, the process will become more automated.

Large-scale prefabrication (LSP) approaches are also being considered to combine high-level building components into finished building modules (e.g. bathroom or kitchen modules). This will also benefit from additive manufacturing techniques such as 3D printing, which is already having an impact — generating examples from 2-story municipal buildings to 3D printed bridges.

To ensure accuracy, assessments of a site and its surrounding areas will be needed before, during, and after a construction project. Advances in how point clouds are registered (relating to algorithm improvements and cloud-based registration) have reduced the cost of producing these comprehensive point cloud scans. 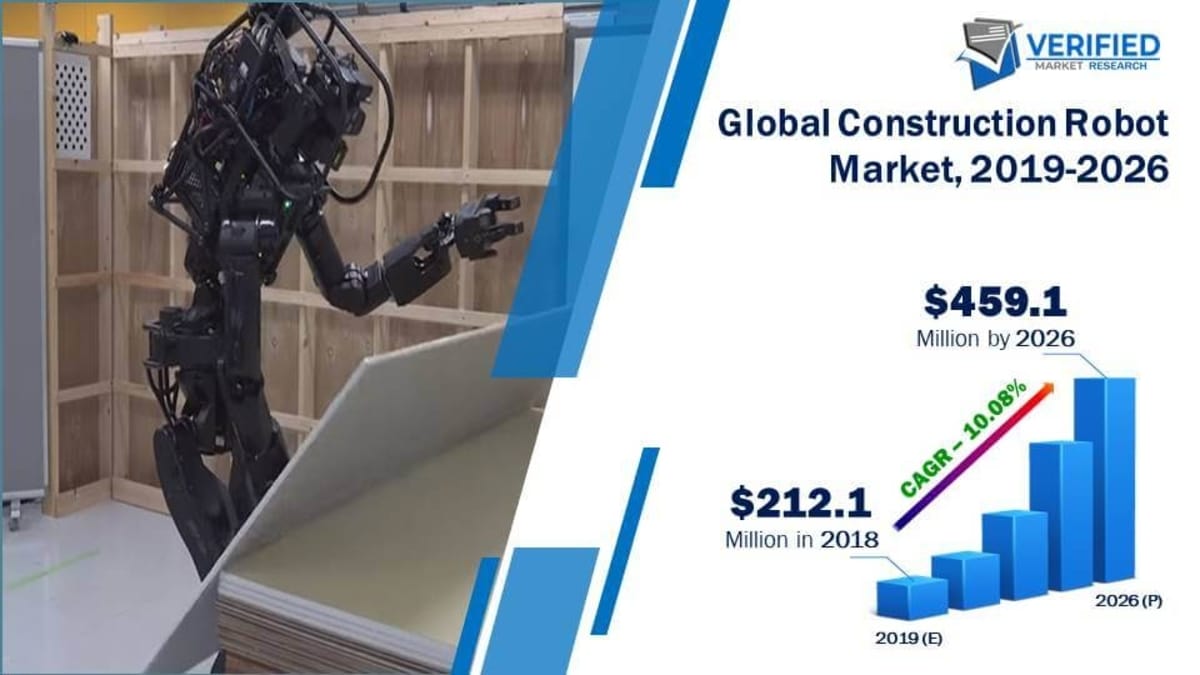 Automated and robotic systems are being trialed and piloted on construction sites around the world. Tasks such as bricklaying, steel-truss assembly, welding, installation, painting, concrete laying are all being automated with varying degrees of success.

These types of systems are known as single-task construction robots (STCRs), executing a single task in a repetitive manner. A typical example is Hadrian X, a robotic arm used for bricklaying.

The difficulty so far has been getting these single-task robots to work together on a construction site — a very chaotic environment. To standardize the environment somewhat, robotic on-site factories have been put forward as one solution — but it is still early days and they may bring more problems than they solve. 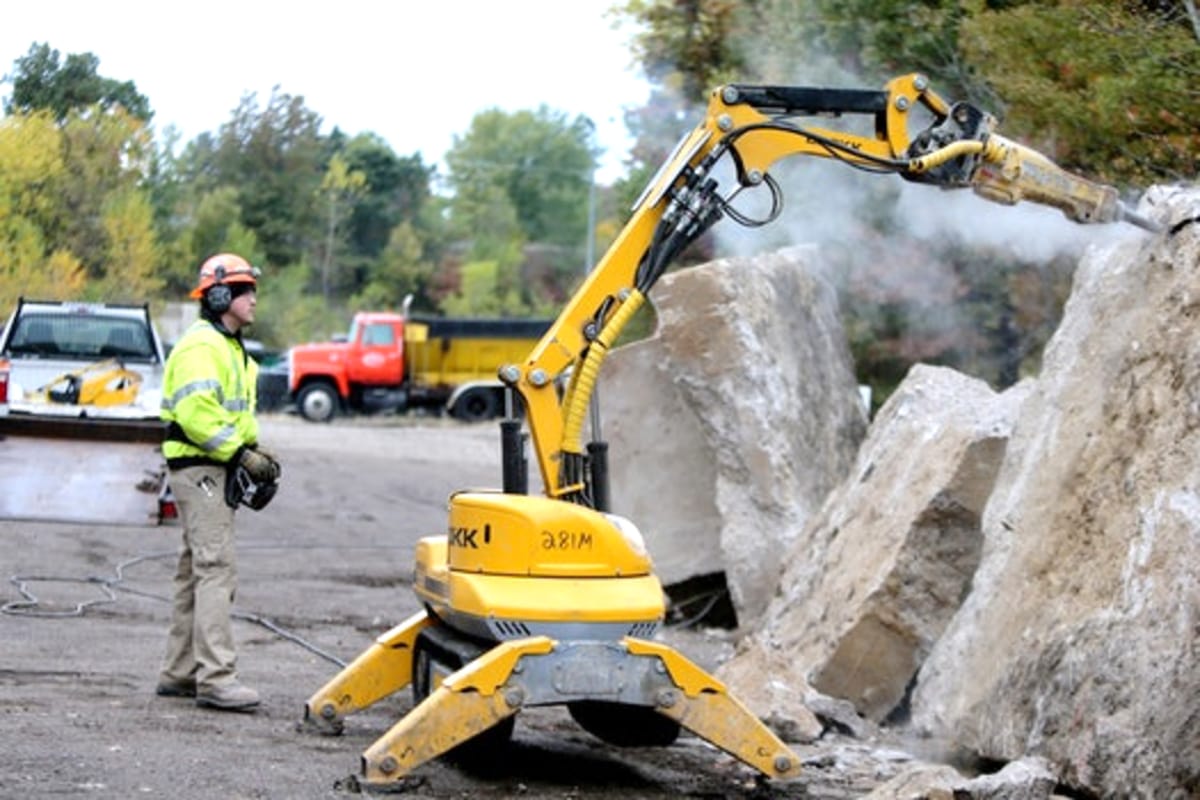 A safe environment is one of the most critical responsibilities of a construction manager. Aside from the concerns of keeping workers injury-free, there are significant costs associated with an unsafe site. Robots are being looked at as a means of improving safety in some of the more dangerous tasks — for example, demolition.

Disadvantages of Robots in Construction Industry

Complexity of the Construction Process

There are reckoned to be around 80 building trades engaged in a construction site. There may be solutions that emerge that are capable of doing the work of these multiple trades, but it looks like construction sites will always be in various stages of change.

Traditionally, it’s tough to make robots work in that kind of unstructured and changing environment. They can’t, as yet, really think for themselves and need detailed plans to be deployed. Some sort of standardisation of sites would be needed to enable robots and people to work together safely.

Robotic technology is evolving, but construction throws up its own unique problems. There are many challenges to be addressed for robots to be used effectively in construction, including:

This article is written by Engr. Mohsin Abbas.

Who is a Civil Engineer by Profession.