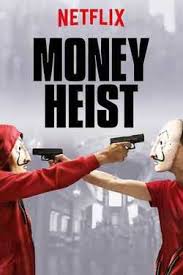 The exclusive confessions of the protagonists of ‘Money Heist’

If you thought you knew everything about the protagonists of ‘Money Heist’, you still had something to know: their exclusive confessions before our camera. Berlin’s thought about death, the harsh confessions of a pregnant Monica or Tokyo opening her heart about what she has suffered for love are some of the testimonies that every follower of the series has to know.

The Professor was the head of a perfectly armed plan in which nothing could go wrong. The character played by Álvaro Morte confessed to us that he studied for many years so that he would never work again. Once he finished plotting everything, he gathered – studying their profiles in detail – each of the members who would be part of his band to make his dream come true.

Berlin is one of the most enigmatic protagonists and had a lot to hide. One of his secrets was that his life’s days were numbered and he was clear that his end was going to be worth remembering. Since his days were numbered because of the desease he had he had a very different approach on how to live your life and the concept of death. To explain his point of view he would say that maybe a minute isn´t long howver a minute underwater is quite a lot. Therefore what is important is not the time that passes, but what you do with that time, who you spend it with…

With glassy eyes, Monica recalled before the camera one of the cruelest moments of her life and that she will hardly be able to erase from her mind. About to give birth to her first child with whom she describes as a “bastard”, the character played by Esther Acebo confessed on the same stage in which she was about to be executed. pain, guilt.

Who would have thought that Denver would find love during the biggest heist in history. The character brought to life by Jaime Lorente could not contain his feelings and fell madly in love with Mónica, the secretary of the director of the Mint and Stamp Factory. Even though I knew she had ‘Stockholm Syndrome’ at first, no one can put a stop to their love story. Some time later, Denver admitted that his love for Monica was more beautiful than all the money they got.