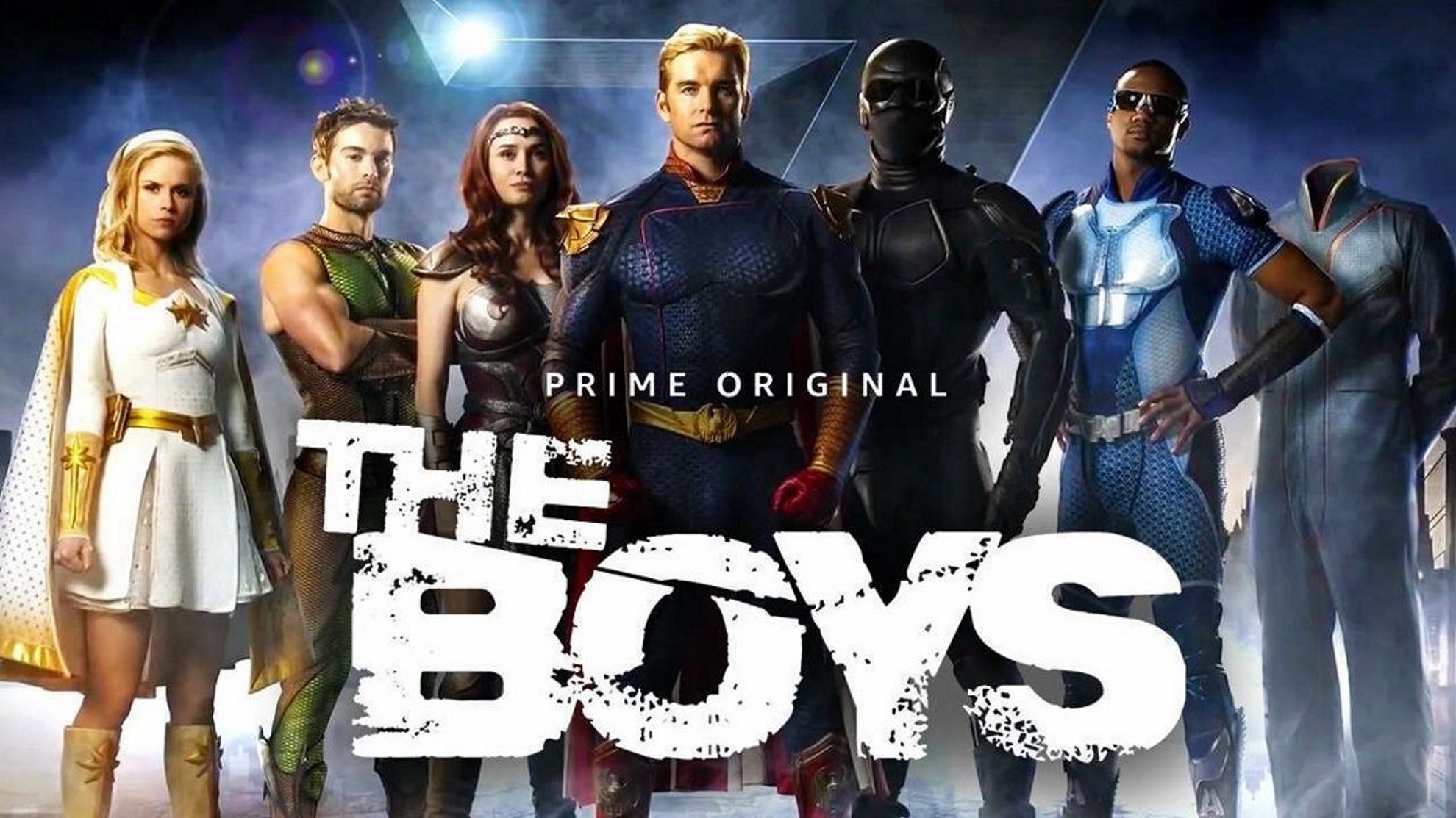 The best The Boys episodes

The Boys has risen into stardom as one of the best superhero shows of all time, thanks to its cruel, funny and emotional action sequences and characters. Here are the best five episodes.

Best episode The boys – You Found Me

On fifth place we have season one finale, “You Found Me”. The Boys band together after finding out they’ve been made fugitives and need to go on the run. While Hughie and Butcher head to Grace Mallory for help, the others are caught by the authorities. After some time, Butcher and Hughie head back where they realize the others have been caught. The deal for them joining the military is approved which pleases Madelyn but it turns out Homelander was the one who injected Compound V into the foreigners. He boasts that he was able to convince the military to sign on to their cause because of this. Madelyn sleeps with Homelander soon after but as she returns home to her son Teddy, Butcher is sat waiting for her. Hughie gets captured but manages to smuggle a pick-lock in a retainer and helps bust them all out. They manage to escape but not before armed guards overpower them. However, Starlight saves the day and uses her powers to fight off the guards. But suddenly, A-Train appears to stop them but due to the amounts of Compound V that he has used, he has a heart attack. Meanwhile, Madelyn is strapped with explosives while Homelander shows up and talks to Butcher about her. She tells him she’s scared of him which leads our villain to burn a hole in her skull. Butcher pulls the trigger soon after but wakes up on a lawn with Becca alive but looking remorseful. She has a son – Homelander’s son.

Second season, “Over the Hill with the Swords of a Thousand Men”

On fourth place we have the third episode from the second season, “Over the Hill with the Swords of a Thousand Men”. On this episode, the boys are on a yatch with a supe terrorist which they are taking to Grace Mallory in order to be free. Starlight leaks the news about the Compound V. As they are getting to shore they are attacked by the Deep who is commanding sharks and a whale. However they manage to get to shore and into some sewers when The Seven appear. Homelander is eager to tell Billy about his breakfast with Becca. Billy gets upset and sets Kenji on Homelander. Kenji pulls the roof down, and the street above it comes down on Homelander. Kenji takes the opportunity to escape, and Kimiko runs after him. She catches him and tells him that she loves him. Stormfront catches up and throws the brother and sister into an apartment complex. Stormfront pursues them, killing anyone in the way. She tries to kill Kimiko but the supe terrorist who is her brother saves her, but Stormfront kills him. Afterward, The Seven stick around to help everyone who was displaced because of Stormfront’s attack. Stan finally makes a statement that they are investigating the claims about Compound V. He says they believe the experiment was led by Madelyn Stillwell. He turns his attention to the survivors and helps them. Stan commends Stormfront for apprehending the super terrorist.

On third place is the penultimate episode from season 2, “Butcher, Baker, Candlestick Maker”. On this episode, Grace Mallory and The Boys take Lamplighter to meet with Congresswoman Neuman. He tells her all about the activity at Sagegrove hospital, but he doesn’t know why Vought wants more Supes. Mallory might know someone who could fill in the blanks. Mallory says Neuman is their best chance to nail Vought. She puts Frenchie and Kimiko on security detail for the Congresswoman.Vought useso find Starlight after she removed her tracking chip. Donna is desperate for forgiveness. She suggests they take a road trip together and says she already cleared it with Vought. That’s alarming for Starlight, but before she can explain, Vought security busts in the room and takes Starlight and Donna. Vought locks up Starlight in a dark room with no electricity. Hughie and Lamplighter arrive at Vought Tower. Lamplighter notices his statue is missing and gets sad. He says he wanted to do something in front of his statue. He wanted to make his dad proud. Lamplighter sets himself on fire and sets off the fire alarms. Hughie needs Lamplighter’s hand to get through access points. He cuts off a hand and leaves to find Starlight. The fire alarms give Starlight an energy source, and she is able to use her powers. She gets out and runs to find her mom. She finds Black Noir instead, and they fight in the conference room. Black Noir starts choking her until she blacks out. Hughie finds Donna, and they run to find Starlight. Starlight wakes up to see Maeve with Black Noir in a chokehold. She opens a candy bar and stuffs it down Noir’s throat. The candy bar was an Almond Joy. Black Noir has a tree nut allergy. He reaches for is EpiPen, and Maeve crushes it. Starlight asks Maeve to join her, but Maeve refuses. Starlight runs into her mom and Hughie in the hallway. She is surprised to see Hughie, but happy. They use Lamplighter’s hand to get out of the tower. The congressional hearings are beginning. The Deep and A-Train watch together from a bar. Billy, The Boys, Starlight and Donna watch from their hideout, excited about what’s about to happen. Congresswoman Neuman states the charges against Vought: Corporate malfeasance and multiple felonies. Jonah Vogelbaum enters the courtroom and is sworn in. The committee spokesperson’s head explodes before they begin, shocking everyone in the room and those watching on TV. Vogelbaum’s head explodes next, causing mass hysteria. More people begin losing their heads, including Shockwave (Mishka Thébaud). Mallory grabs Neuman to get her to safety as Homelander watches all of the heads explode. C-SPAN shuts off their live feed.

Season 2 finale, “What i know”

On second place we have season 2 finale, “What i know”. The Boys have had enough and have decided that they are going to kill every member of The Seven. Hughie doesn´t agree and says that that will not stop the distribution of Compound V. Becca shows up at the boys safehouse and tells Butcher that Vought took Ryan so he goes into a meeting with Vought´s CEO and they make a deal so that Homelander thinks he is getting Ryan but in reality he won´t and Vought´s people can take him away. The Boys leak the news that Stormfront is a nazi so that she leaves and then they make a sound so that Homelander goes to it in order to leave Ryan alone. Then Butcher goes to get him. When the boys are with Becca and Ryan Butcher tells him that the plan changed and that he wants Ryan and Becca to go with the CIA so they can be safe but as they leave, Stormfront appears and flips the car they are in. The rest of the boys fight Stormfront and they neutralize her thanks to Maeve who also appears but she manages to get away. Butcher had escaped with Ryan and Becca when Stormfront gets to them and she starts to choke Becca but then Ryan kills Stormfront and Becca accidentally. Homelander appears to take Ryan away but Maeve also appears and threatens to leak the flight video to the world if they do not leave them alone. The season ends with Homelander condoning Stormfront and Butcher leaving Ryan with Grace in a safehouse.

Finally, the best episode from the whole series is the sixth episode from the final season, “Herogasm”. On this episode, Soldier Boy is still hunting down the rest of his old team payback with Butcher and Hughie. On the other hand, Homelander, Black Noir and the Deep find that indeed Soldier Boy is still alive. Soldier Boy, Butcher and Hughie arrive at a mansion in New Jersey, where “Herogasm” is taking place. It is a party created by Soldier Boy which is now being run by the TNT twins. Soldier Boy and Butcher arrive and when he is about to kill the twins, he has a flashback from the time he was held captive in Russia and with his power he blows up the whole house. Because of the explosion, Homelander appears and we get a much anticipated showdown between Butcher and Homelander, with Soldier Boy and Hughie there as well. They manage to get a hold of Homelander but just as they are about to kill him he manages to escape.