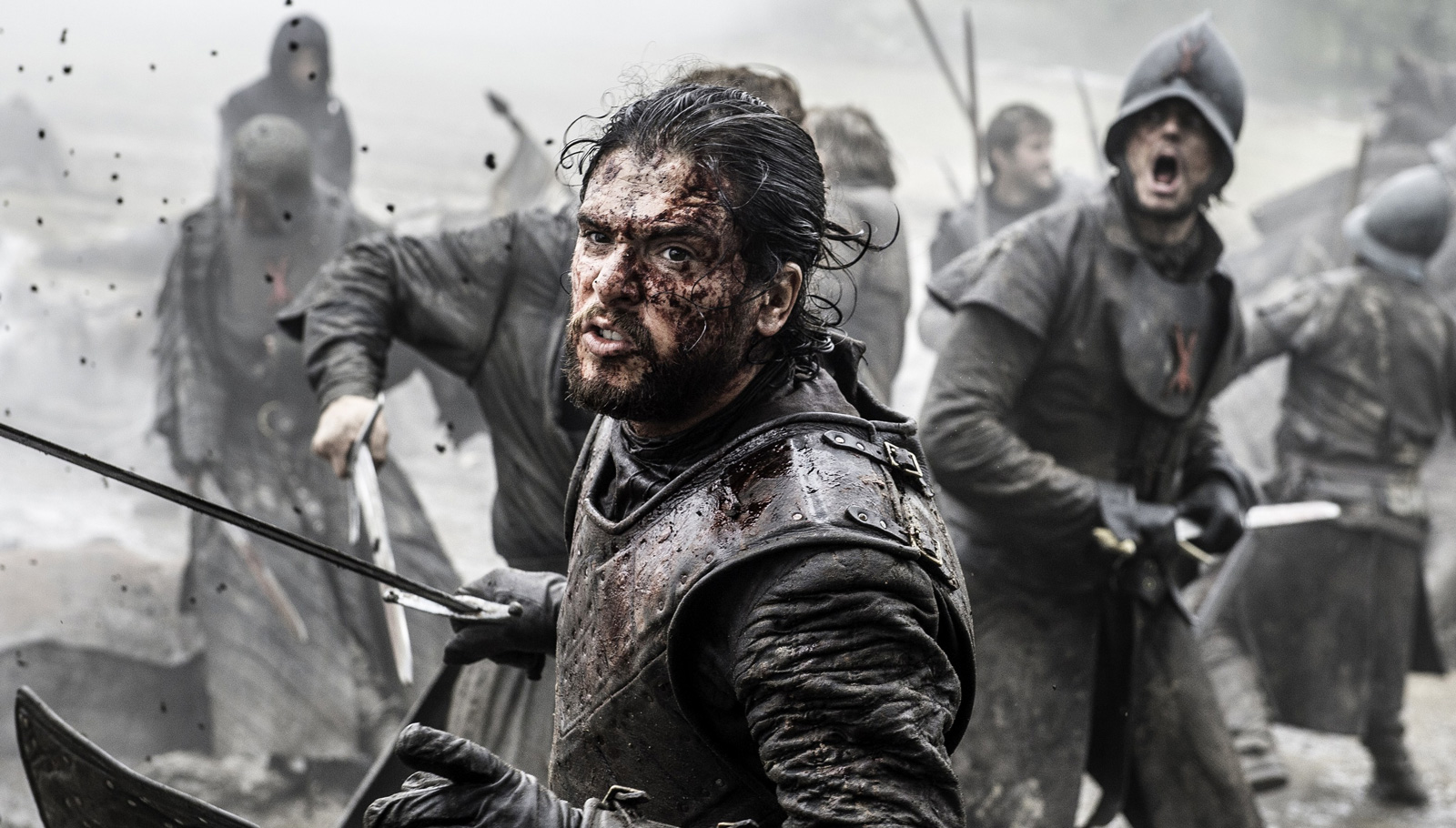 The best Game of Thrones episodes

Game of Thrones is one of the few series where it is extremely hard to pick the best five episodes from the full 8 seasons. This is because they have left us with many memorable moments, epic battles, etc.

The Battle of the Bastards

Production: The budget for this episode was around ten million. It needed 25 days of shooting, 500 extras, 70 horses, 4 camera crews. The cavarly charging at John snow is not CGI and the way the battle was set up was inspired by real medieval battles.

On this episode Tyrion advises Daenerys. Sansa forces Theon to tell her a secret. Cersei remains stubborn. Arya meets her first target. Jon and Tormund meet with the wildling elders.

Facts about this episode: This episode required a heavy budget for CGI, and it got to the point where the visual effects crew had to ask HBO for more money. It took 16 days to film this whole episode, apart from the fifty stunt performers and 220 extras working. The director used refernces from the movie Jaws, as he wanted the episode to have a horror movie vibe rather than an action sequence.

“The winds of winter” comes in third place

Facts about the episode: This episode was nominated to Writers Guild of America Award for Best Episodic Drama. 23 of 27 starring cast members appear in this episode. This episode is the final appearance of Margaery Tyrell High Sparrow Tommen Baratheon

The Rains of Castamere

On fourth place goes “The Rains of Castamere” Here  Robb and Catelyn arrive at the Twins for the wedding. Jon is put to the test to see where his loyalties truly lie. Bran’s group decides to split up. Daenerys plans an invasion of Yunkai.

Facts about this episode: This is the only episode where the end credits play in total silence. For the first time, there aren´t any Lannisters in this episode. The events in the episode lead right into Game of Thrones: A Telltale Games Series . The game is considered canon, which means that this is the last episode to take place before the events of the Telltale Game.

The Spoils of War

Lastly, on fifth place comes “The Spoils of War”. Daenerys takes matters into her own hands. Arya reaches her destination. Jaime and Bronn collect the spoils from the war with the Tyrells.

Facts about this episode: According to the cinematographer, this was the most expensive episode made in television history. David Benioff and stunt coordinator Rowley Irlam both claimed this episode set two new records for setting the most stuntmen on fire in a production, it being 20 people at one time. This episode is also the shortest one in the whole series. This is also the first time Jaime and Daenerys share a scene.