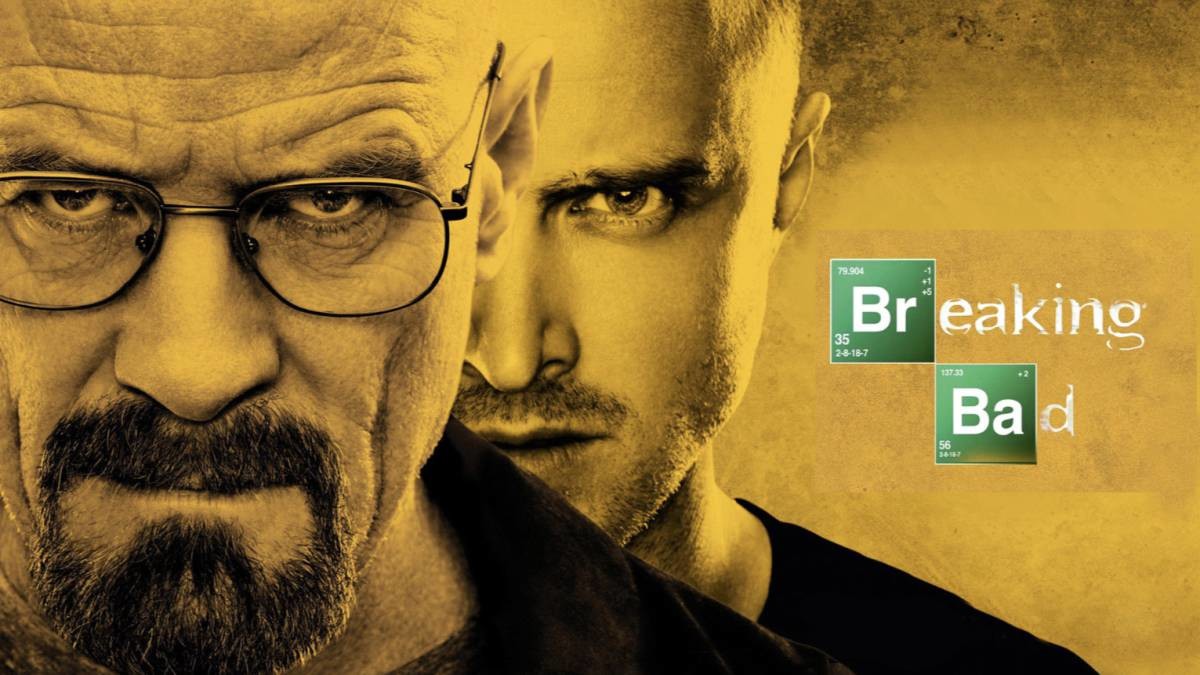 On this page, we are going to review the five best episodes from Breaking Bad. This series is arguably the best of all time, therefore it is very hard to rank the best five episodes.

3. Face Off (last episode from the fourth season)

On fifth place is the epsiode Crawl Space

This is the 11th episode from the fourth season. On this episode Walter fears for his life as he thinks Gus is on the verge of killing him. Gus´s plan is to pit Jesse against Walter since Jesse thinks that Walter poisoned Brock (which he did but Jesse doesn´t have proof) so that Walter is dead and Jesse is the only cook. As the same time this is happening Skyler urges Ted to take her money as Ted´s company is going to be audited and he has embezzled money, however with the money that was already given to him he bought a brand new car. Therefore Skyler talks to Saul and he sends Huell and Kuby to force Ted to take the money.  Seeing no way out, Ted tries running away but he slips and he gets paralised. A while later Walter talks to Jesse to convince him that he didn´t posion Brock but Jesse doesn´t believe him. As Walt leaves he is taken by Gus´s men to the dessert where he tells Walter that he is fired and if he doesn´t do what he says he will kill his whole family. Hearing this news Walt calls Saul because he has a guy who makes people dissapear and that is what Walt wants for his family. However, as he looks for the money necessary to pay the guy Skyler tells him that she gave the money to Ted. In the final moments of the episode, we see as Walter begins crying but then he switches to a laughter of a maniac, indicating his switch from Walter to Heisenberg is complete.

Facts about Crawl Space from Breaking Bad: This is the last time Walt and Gus see face to face. When Ted falls and bumps his head at the counter, you can see oranges falling from the top. The presence of oranges foreshadows the death of a character in The Godfather series. This is the first time we know Jesse´s age as when he i with Gus´s doctor he says he is 25.

On fourth place we have the fifth episode from the fifth season “Dead Freight”. This is one of the most fun episodes from the season, as Walt, Jesse and Mike need methylamine so they get Lydia who is the head of logistics at Madrigal and she tells them that they can rob a train that contains an “ocean” of methylamine as she puts it. So in order to do this, they must stop the train, get the methylamine and replace the weight with water. So as the robbery begins Kuby puts a truck in the middle of the train tracks in order to stop the train so that the drivers get out and try to help them. As soon as they get out, Jesse and Ted plug a cylinder into the container of methylamine as Walt looks at the meter to tell them when to stop while Mike keeps lookout. They are doing well when suddenly another driver appears and offers to push Kuby´s truck. Mike warns Walt as they do not have much time, but Walter tells Jesse and Todd to keep going and they manage to get all the methylamine however the train starts moving and Jesse goes under the train while Todd jumps from the moving train. Afterwards, as the three of them celebrate the heist a kid on a dirt bike appears out of nowhere and Todd shoots him.

Facts about “Dead Freight” from Breaking Bad:: This is the only episode not shot in Albuquerque as it was shot in Santa Fe. The little boy’s spider can be seen again in El Camino in Todd’s apartment. A snake wrangler, George “Dusty” Webb, was hired to secure the area and make sure none of the crew or cast were in danger of poisonous snakes. Christopher Lim, a spider wrangler was also picked for the final scene

On third place the last episode from the fourth season, “Face Off”

On third place we have the last episode from the fourth season, “Face Off”. On this episode Walt kills Gus. The episode starts with the police questioning Jesse because he apparently knew the poison that Brock had and they were suspicious but that doesn´t get anywhere. On the other hand, Hank is on the verge of discovering the laundry where the lab is. On a conversation with Saul, Walt discovers that Hector Salamanca and Gus are enemies as Hector killed Gus´s first partner and he discovers that Hector is in a nursing home. Therefore he goes to visit him so that Hector can finish Gus. The plan goes accordingly as Hector demands to talk to the DEA just to tell them to “suck him” because he knows that that would attrack Gus as he thinks that Hector is a snitch. Gus goes to the nursing home to kill Hector, however he starts pressing his bell and suddenly Gus sees the bomb strapped to Hector´s chair but it is too late and the whole room explodes, killing Hector, Gus and one of his goons. After this, Walt tells Jesse what he has done and they burn the laundry. On the final shot, we see Jesse´s pack of cigarettes in his yard, indicating that he is the one who poisoned Brock.

Facts about Face Off from Breaking Bad: The explosion scene in the nursing home was shot 19 times and in order to choose the best shot, the director saw all of them in no order and he chose the last try as the best one. The title of this episode doesn´t refer to a proper face off between Gus and Walt, but rather that Gus´s face falls of. This is the first final season episode that doesn´t feature Mike. In this episode Walt kills Gus’ man who is keeping Jesse prisoner, he does this by ringing the bell first, calling back to the infamous “I am the one who knocks” line.

Fourteen from the fifth season, “Ozymandias”

The second best episode is episode fourteen from the fifth season, “Ozymandias”. This is often regarded as the best episode, however i don´t put it there because of the finale of this season. The episode starts with Walt defeated, as he has been caught where his money is by Hank, Steve and Jesse who has betrayed him. They slap the cuffs on him and put him in his car but as they are going to leave, Todd´s partners who Walt called but told not to come appear and they begin a shootout  against Hank and Steve. At the same time, Marie tells Skyler that it is over and that Hank has Walt. Although, Hank and Steve are outnumbered and they kill Steve. Hank has been shot in the leg and is in a very tight spot. The leader of Todd´s partners (Jack) talks to Walt as he tries to make a deal to save Hanks live, by giving Jack all of his money, 80 million dollars. But Jack doesn´t want to keep Hank alive so he kills him as well and we get one of the most iconic shots of the whole series, with Walt falling to the floor, realising what he has done. Afterwards they find Jesse who was hiding under a car. The rednecks take him as a prisioner. Walt goes back to his house to find his family there. Skyler is perplexed but soon realises that Walt killed Hank. He tries to deny it and they get into a physical fight and Walt Jr calls the police so Walt flees with their daughter. The episode ends with Walter leaving his daughter at a firestation and him leaving with Saul´s guy who makes people disappear.

Facts about Ozymandias from Breaking Bad: The flashback of Walt and Jesse at the beginning of the episode was the final scene that was shot for the series. The episode’s title gets its name from the famous poem by Percy Bysshe Shelley, which alludes to a crumbled empire. Bryan Cranston read the poem in a promo for season 5B. This episode is considered by many television critics and audiences to be the greatest episode of TV ever produced. It received universal critical acclaim, is the highest rated TV episode on IMDb and won three Emmys for Best Writing, Best Actor, and Best Supporting Actress.

Finally, the best breaking bad episode in my opinion is the series finale, “Felina”. This is the most emotional episode. The episode starts with Walter making his way back to Albuquerque from the town where he has been living for the past months. He stops at Gretchen and Elliot´s house where he tells them that he wants the rest of the money he has to be donated to his family. He knows that Gretchen and Elliot will listen to him as he threatened to have them killed by two hitmen, who turn out to be Badger and Skinny Pete. In a short conversation, he learns that Jesse has been cooking his meth. Afterwards, he stops where Todd and Lydia have been meeting to talk about the business to give them a new idea to make meth that doesn´t require methylamine as they are running short on it. When he goes to Jack´s lair, Walt learns that they are planning to kill him, but he demands to see Jesse as he says that they have partenered up. When he brings him there, they get into a tussle and when they are on the floor Walt uses his car key to deploy a machine gun from the trunk of his car andhe kills the whole gang except Todd, who is killed by Jesse. After this we have a very emotional last conversation between Walter and Jesse where Walt tells Jesse to kill him but he doesn´t.  Walt dies while he is cooking, as he was shot by the machine gun. He dies where his life truly began, when he started cooking and Jesse manages to get away.

Facts about Felina from Breaking Bad: The three syllables from the title are the chemical elements for meth, blood and tears. This is the most watched Breaking Bad episode as 10.28 million people watched it on its premiere night.