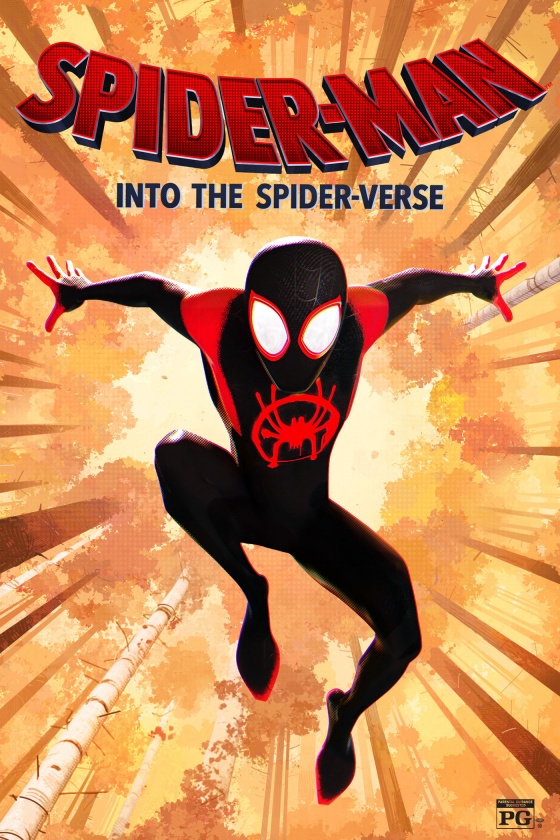 Spider-Man: Into the Spider-Verse: Directed by Peter Ramsey

Few times we have the opportunity to see films that bring true aesthetic revolutions. Normally the audiovisual language evolves smoothly, adding personal notes to what has been previously contributed by others or making use of the technical improvements of each moment. Only from time to time, works arise that try to go a step further by mixing diverse resources and wondering not only how to best tell the story they are narrating, but how they can do something really special. Spider-Man: Into the Spider-Verse is that kind of exceptional movie that takes things forward 10 steps in one fell swoop.

The film tells a simple story based on a somewhat convoluted concept such as that of parallel universes. The Kingpin has created an interdimensional machine that can collapse several nearby universes to an end that the movie will reveal at the right time. Meanwhile, the young Miles Morales, is stung by a spider that emerged from that portal, he will obtain the usual powers and, while he learns to deal with them, he will have to become the replacement of the original Spider-Man with the help of five others, who have crossed from their respective dimensions to fix the mess.

This argument about parallel but not equal universes is to a large extent the excuse that the film uses to unite languages ​​that are close but not equal, and derive them all from the audiovisual. There are characteristic elements of comics such as vignettes, text bubbles or dot plots, there are elements typical of contemporary animation such as 3D characters and settings, elements of video games (inherited from comics), such as flat shading in three-dimensional figures seen in Borderlands or Crackdown, mixed with natural shading, stop motion animation (characters are animated at 12fps while camera movements and scenes are at 24fps) and even classic stereoscopic elements, such as superimposed images of each eye, in green and red, integrated into the blurred backgrounds. In short, an amalgamation of resources that they have been able to mix with exemplary mastery in order to create a tremendously live show.

Phil Lord and Chris Miller, the film’s producers and, the former, also a co-writer, have certainly had a lot to do with all of this, and we could consider precursors of this level of experimentation with their work on The Lego Movie, where the stop-motion technique was applied to digital animation. To them we must add nothing less than a trio of directors, Bob Persichetti, Peter Ramsey and Rodney Rothman, each one of them coming from a different area (animation, storyboards and script, respectively). However, this technical aspect could be hollow without good wicks in the story and without the proper interest in it. Although at the script level the film is far from being as groundbreaking as it is visually, it is very close to the level of another wonderful animated film inspired by a superheroic universe, Big Hero 6, also aimed at a more familiar audience but He did not in any way avoid serious elements such as death, revenge or the disappointment that comes with discovering the reality of those people who are a reference. Here it may be that the urgency required by the events gives less room to leave a greater emotional residue in the viewer, but not because Miles Morales is not faced with all those key moments in the transition to adult life.

So, although it can be considered somewhat unbalanced between technique and story, both aspects work very well to reinforce the other, there is a lot of love in the treatment of characters, in the legacy that feeds it (with direct nods to Raimi’s films) and they take advantage, without ever forcing the machinery, of the comic elements provided by the story.

It may not be the definitive great film of the character or of the superhero genre (there has been a lot of enthusiastic hyperbole lately when it comes to rating good movies), but it is one of those that offer plenty of excuses to go to the movies and reward attendance with new applied ideas. to contemporary animation as it had not been seen for a long time.