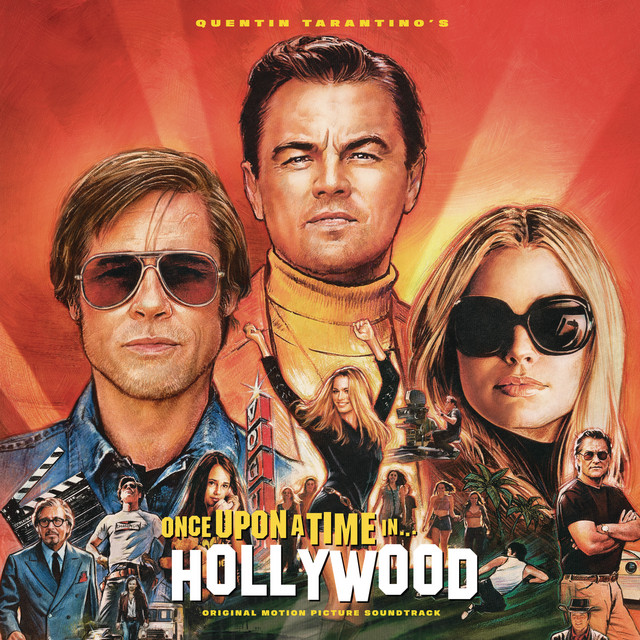 Once Upon a Time… In Hollywood. Directed by Quentin Tarantino

Thousands of movies talk about the past. Some dedicate themselves entirely to rebuilding it. They are rigorous and disciplined. Others, to evoke it. They are laid back and tend to drift. And some, the majority, inevitably do both: they present us with a reality filtered through the eyes of their director. As I see it, Once Upon a Time… in Hollywood falls at one of the more extreme points of that spectrum. Starting with the title. I think it goes well beyond the distant memory of 1969, although Quentin Tarantino, born six years earlier, could properly speak of a transformation that caught him in his childhood. It is a fantasy. An idealization of a society through a slightly second-hand experience — the films that moved its director and the myths that led them — and the explanation of events affected by two tools typical of stories: coincidences and miracles. .

These two people are Rick Dalton, actor, hysterical lost, and Cliff Booth, his stunt double, his confidant, his friend, his part-time employee, whom we meet at the beginning of a trouble: Dalton’s popularity begins to wane and they may have to find their bread elsewhere; perhaps in the emerging European action cinema. Because it’s 1969 and Europe is rocking it. Europe’s cultural transformation has sparked Hollywood’s interest in its filmmakers like never before in decades. In fact, Dalton is a neighbor of the couple formed by director Roman Polanski and actress Sharon Tate, for whom he feels such admiration that he has never dared to knock on the door to talk to them. That Dalton hates hippies with all his soul doesn’t help, but neither does it make him start to wonder if his talent, his iconic profile, quintessentially American, works in these new times.

All of this serves to communicate to us the idea that Hollywood is experiencing a peak moment of change in cinema that Tarantino understands as the most transcendental thing seen since the transition to sound; in a year in which the currency is going to fall definitively and you don’t know if it’s going to be heads or tails. With perspective, and knowing what happened, we know the result: the dawn in the US of a new wave of films that largely adopted a European language to which they imprinted two national ingredients: the mythological charge and, above all, the great specialty of the house and that no one ever tells you otherwise. The violence. An aspect inherent to the figure of Tarantino and that in this film, his penultimate theoretician, he seems to tell me that yes, he is great shooting it. But I wish I didn’t have to. I wish he hadn’t been swayed by the new wave. I wish things had been nicer. I wish.

I liked? Sometimes yes. And quite, cute romantic that I am sometimes. I like the evocation. I’m a Malik fan. I like to hear someone tell me the personal impression that his favorite moment produced on them. Would you have put some more reconstruction? Would you have wished that Sharon Tate’s story had served as a common thread to give the film more packaging, more urgency, more structure? Sometimes also. But that is no longer in my hands. I’ve been very comfortable getting to know Dalton and Booth, and the fact that Tarantino and Robbie treat Tate in such a symbolic way — the actress has barely any lines but her big moment packs a massive punch, in a theater where she’s a spectator. to one of her own movies, ecstatic; the “princess” of the story, let’s go — as an expression of a moment and a place that her director understands as paradise on Earth. But a long time ago, and I think that’s something I mentioned in Inglourious Basterds, that Tarantino works without restrictions and in a territory as diffuse as this, any help is welcome. And he seems not to have it. That is my impression.

It’s not a matter of his scenes being more or less long. In fact, I quite enjoy the moments when Once Upon a Time… in Hollywood smacks its lips on a movie set; A good twenty minutes where the film camera becomes the film camera that Dalton shoots and fully immerses us in the professional experience of acting. The fact is that then there are moments in which Tarantino spends five minutes showing us how Dalton and Booth watch their own movies, which they comment jokingly, and it’s a scene that doesn’t go anywhere and I want to think that its director is It occurred to him that this was going to go to the bluray extras but hey, it’s funny, I’ve also spent the money and look, this goes to the final cut and the rhythm that his father fixes. Is this new for Tarantino? No. Is it a thing I’ve made peace with? It depends on the number of times I do it and it depends on the reasons. When he inserts Dalton into a legendary Hollywood movie it doesn’t sound gratuitous or indulgent to me. It serves to reinforce the iconic status of the actor. That’s fine for me. It’s a very fine line. And “consistency and regularity” are not two words that I can apply to this film.

What I do see much more clearly is that Tarantino wants to shape this collection of moments into a thriller. And what happens when you insert a movie into a genre happens: you have to sweat, bastard. All that recollection and recollection is all very well, and look at Sharon Tate walking down the street, and look, he’s Bruce Lee, but at some point he has to start connecting the dots — the Tate stories on the one hand and the Dalton stories on the other. and Booth on the other – and here he has a terrible time. It comes and goes, raising expectations that are rarely met; he uses characters for specific moments and then discards them to tell you again for another half hour that “Hollywood, you see, it was very beautiful.” Tarantino is very, very good at shooting, and serve as an example a sequence on a ranch where his director pulls off a moment of suspense almost out of nowhere. But these kinds of scenes look like a sprint after which he spends 15 minutes resting.

If you’re going to drift, I think, you’d better drift until you’re lost, rather than seek harbor and then forget about it. I prefer it that way. It seems to me an even more personal communication, far from conventionalisms. There’s one thing: unlike his WWII review, I swallow it much better here because, as a person, I connect more with the tone of the film; very soft in reality: between crepuscular, melancholic, dreamy, radiant. In addition, Leonardo DiCaprio and Brad Pitt are superlatives and for a thriller that rarely meets expectations, when it does it happens at the best possible time, and in the best way: in a climax that throws stadiums.

Rick Dalton and Cliff Booth seem like really good guys to me. Dalton, a nervous wreck with his confidence in his acting abilities utterly shattered, worries about a girl acting with him and whom he pushes at one point in the scene; Booth immediately refuses to have a sexual relationship with a minor, contrary to a certain black legend that circulates around him and that the film does not even show in its entirety; hinting that it is the kind of dodgy and unverifiable story that accompanies all myths. Tarantino wants icons. Tate is an icon. Dalton is an icon. Booth is an icon. Are they three-dimensional characters, defined to the millimeter? No. But as the end shows, they have strength to share. Pitt and DiCaprio have chemistry, the former’s dead calm contrasts with the latter’s hysterical fits. And both of them probably give some of the best performances I’ve ever seen of them, partly because in today’s Hollywood, in the death of the superstar, I can hardly imagine anyone else in these roles (if I had to pick one I’d stick with it). with Pitt, an incredible badass, sarcastic and with an ice temperament, a kind of mature version of Tyler Durden). If this is going to be an evocation of events, a story of myths, I want them to present it to me.

And as for the ending: you have to see it. Top moment of its director, both for its prolegomena, as for its explosion, as for the great song that accompanies it, as for its closing, as for the final appearance of the title of the film that ends up settling the clear that our characters have been a kind of knights-errant in search of receiving permission to enter the king’s castle. It’s a forced comparison as hell but it’s a comparison to which Tarantino goes to the hill to die after a long, tumultuous journey, more complicated than I would like. But always moved by an honest desire that I wish things were one way, and not another. That they were better. Forever. Unlike Basterds, a film that I found very uncomfortable, a true hostile nightmare of violence and horror, here this version of Tarantino shows his opposite side, and no matter how many buts I can put, I don’t have much guts to say completely “no” to a dreamer of such caliber. One who before changed history out of rage, and now changes it out of love for a past that I hope is still alive today. I prefer it that way. A thousand times. I only think there’s one person who could deny it: director Roman Polanski, and we’ll probably never hear his opinion.