Peaky Blinders is a British period crime drama television series created by Steven Knight. Set in Birmingham, England, the series follows the exploits of the Shelby crime family in the direct aftermath of the First World War. The fictional family is loosely based on a real urban youth gang of the same name, who were active in the city from the 1890s to the early 20th century.

In 2018, after the show’s Drama Series win at the BAFTA TV Awards, Knight confirmed his “ambition of making it a story of a family between two wars, and by ending it with the first air raid siren in Birmingham”, which was 25 June 1940. The fifth series premiered on BBC One on 25 August 2019 and finished on 22 September 2019. Netflix, under the deal with Weinstein Company and Endemol, had acquired the rights to release Peaky Blinders in the United States and around the world. In January 2021, it was announced that the sixth series would be the final series of Peaky Blinders.

It’s 1919 in Birmingham when we meet Tommy and the Shelby family.

They’re a family of illegal bookmakers who have accidentally stolen some guns.

Here’s what goes down: 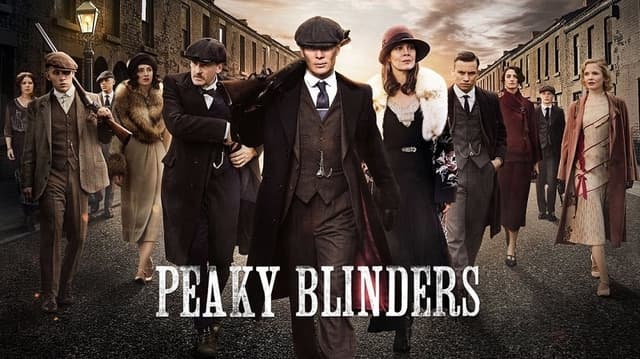