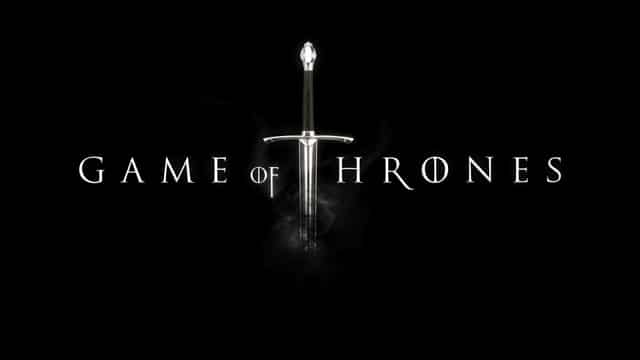 North of the Seven Kingdoms of Westeros, Night’s Watch soldiers are attacked by supernatural White Walkers. One soldier escapes but is captured at Castle Winterfell. Eddard “Ned” Stark, Warden of the North, executes him for desertion. Later, six orphaned dire wolf pups are found and one given to each Stark sibling, including Ned’s bastard son, Jon Snow. In King’s Landing, the Seven Kingdoms capital, Jon Arryn, the Hand of the King, dies suddenly.

To hide their incest, Jaime pushes Bran from the high window. Across the Narrow Sea in Essos, exiled Prince Viserys Targaryen forces his sister, Daenerys, to marry the Dothraki warlord, Drogo, in exchange for an army to conquer Westeros and reclaim the Iron Throne. Robert Baratheon became king after Jaime Lannister killed “Mad” King Aerys Targaryen, earning Jaime the nickname, “The King Slayer”. The ancient Targaryens once commanded dragons, and Daenerys is given three fossilized dragon eggs as a wedding gift.

An ancient order who guard the Wall to the North of Westeros – The Knight’s Watch – discover a supernatural creature, previously thought to be mythical, known as a White Walker, in the forest.

Elsewhere, Ned Stark (played by Sean Bean) is the Warden of the North and leaves his home in Winterfell with daughters Sansa (Sophie Turner) and Arya Stark (Maisie Williams) to become Hand of the King for King Robert Baratheon (Mark Addy) after the sudden death of Jon Arryn, the previous Hand of the King.

The family of Robert’s wife, Cersei Lannister (Lena Headey), are allegedly responsible for the death of the previous Hand of the King.

In a visit from the Lannister’s to the North, Ned’s son Bran Stark (Isaac Hempstead Wright) is climbing in the grounds and sees Cersei in bed with her brother Jaime (Nikolaj Coster-Waldau), who then throws him from a tower window – leaving Bran paralysed.

Tyrion Lannister (Peter Dinklage) travels with Ned’s b*stard son Jon Snow (Kit Harrington) to discover more about the White Walker incident reported by the Night’s Watch. Jon decides to become a brother of the Night’s Watch and stays on with the order.

Tyrion is arrested at the request of Catelyn Stark (Michelle Fairley), who believes him responsible for Bran’s fall, triggering a trial by combat to secure his release.

Tyrion is imprisoned in the Vale under the watchful eye of Catelyn’s sister Lysa Arryn (Kate Dickie) and requests Bronn (Jerome Flynn) fight for him in the trial. Born subsequently defeats Lysa’s chosen champion.

Robert is fatally injured in a suspicious hunting accident prompting Ned to be named Protector of the Realm until Cersei’s vicious son Joffrey (Jack Gleeson) comes of age.

Ned, however, decides to give Stannis Baratheon (Stephen Dillane), the king’s estranged brother, the position in his stead. Ned is betrayed by Lord Petyr Baelish known as Littlefinger (Aidan Gillan) and decapitated on Joffrey’s command.

Sansa Stark is seized by the Lannisters, but Arya manages to escape after witnessing her father’s execution.

In retaliation, Ned’s son Robb (Richard Madden) is named King of Winterfell and gathers the armies of the North against the Lannisters.

She believes herself the true heir to the Iron Throne and plots an assault on Westeros, but her husband Drogo is killed after being cursed. Daenerys avenges him and hatches three dragon eggs presented to her as a wedding gift.