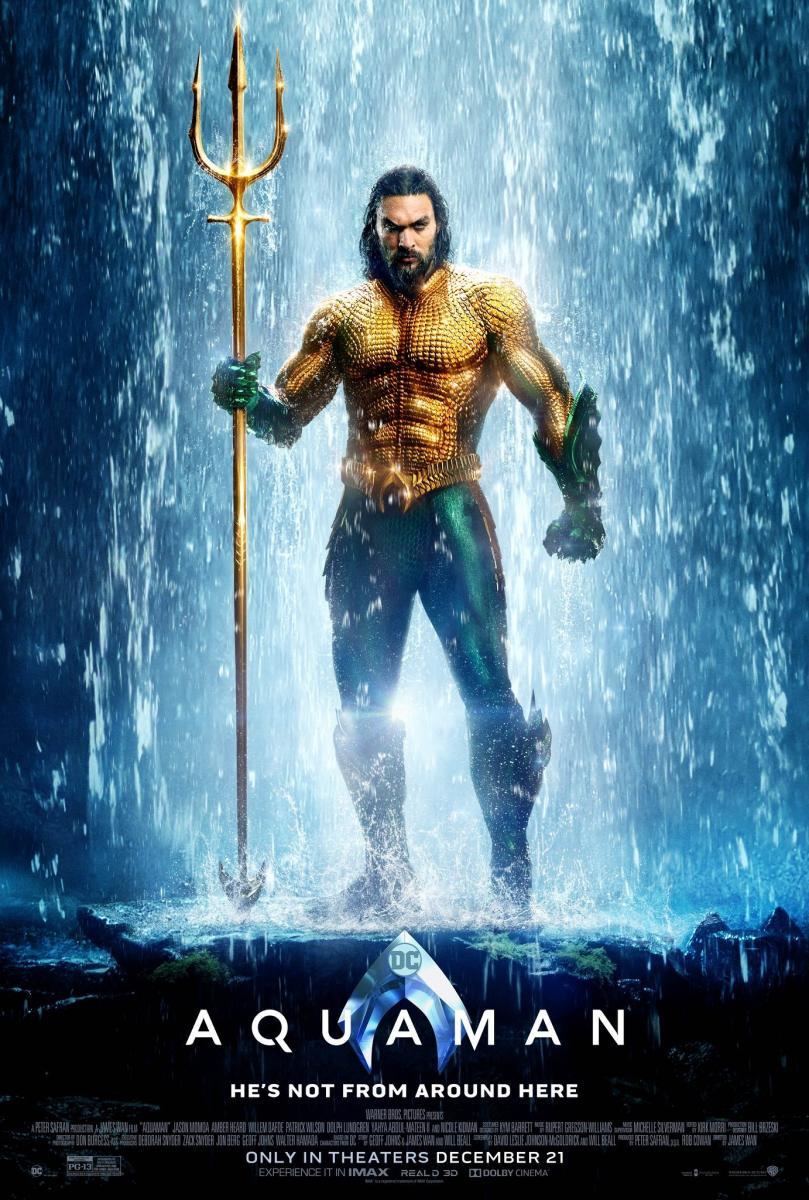 After the Justice League´s fiasco, the presumed great movie of the DC/Warner universe that has precipitated the fall of its two great icons, the studio has decided to bet, with little conviction, on the lifeboats that have remained afloat after sinking the ship that carried them. Each franchise that is still standing (Wonder Woman, Suicide Squad and Aquaman) has been totally adrift without a greater plan to which to adhere and with the added responsibility of trying to survive on its own, with no guarantee of continuity.

Aquaman also arrives without a title prior to the great meeting that would serve as a basic compass, so this film is the first to found an orphan character from a larger universe and, as such, faces this first solo adventure at the desperate. That is why the most palpable impression of the film is that he wants to play everything without opting for anything. It is the paella of a novice cook who has been left the keys to the pantry without any instructions or recipe. A horror vacui paella that mixes seafood, chicken, chorizo ​​and chops.

Broadly speaking, Aquaman is the story of a bastard destined to be the king of a civilization, the Atlanteans, about to declare war on humans. So far nothing new, but at least a minimal structure. The problem is that, based on this great plot, the film wants to be an adventure movie, an action movie, a romantic movie, a horror movie and a comedy (la paella loca). It wants to cover absolutely everything and to do so draws references as unconnected as Indiana Jones, Game of Thrones, Only you, Pitch Black, Valerian or Pacific Rim.

Each stage of the journey that Jason Momoa’s character must travel to find the trident of Atlantis (the weapon that can crown him) is configured as a new experience, not only in the type of challenge, but also in form and tone. There may be an intention to create a kind of divine tests that challenge different abilities of the hero, but he always behaves like that guy who never runs out of battery on a Saturday night and the development is predictable to the point of boredom at times, for what the challenge is diluted and the feeling of risk too. The only thing that survives is a strong disconnection between scenes that can chain an epic fight in an underwater coliseum with a walk through the desert to the rhythm of Toto’s Africa sampled by Pitbull.

To all this we add a James Wan who embraces the madness at hand and takes it as a primary school birthday in which mixing Coca-Cola and worms seems to you the most interesting experiment in the world. At times he hits the key: the physical fights work very well and recycle some of the visual ideas that he launched during his time in Fast & Furious along with a camera that bets on the sequence shot in the most video game sense possible. At other times he is totally out of his depth and, I want to think that fully consciously, he bets on self-parody. This is what happens in the emotional moments of the film where it forces the geek in the face of the impossibility of avoiding it (the fountain with water animals, the flutist moment, THE EPIC KISS, or the reunions that the film reserves in its final third). And between these two poles are the rest of the disparate elements, dispersed in a firecracker script and represented with all the excess of CGI that a production of this caliber can assume (don’t miss dinosaurs or an octopus playing the timpani).

The thing could have a pass with a tighter duration, but it doesn’t even grant that. It is a film that embraces excess in that aspect too with the unnecessary and twisted subplot of Black Manta (which at least has the best action scenes) and even with the nonsense of introducing its two protagonists to each other, who already had a scene in common in Justice League, which happens chronologically earlier.

If it weren’t for the millionaires behind it, it would seem that Warner and DC have decided to bet the house on a casino while they swell with drinks and that is what God wants.