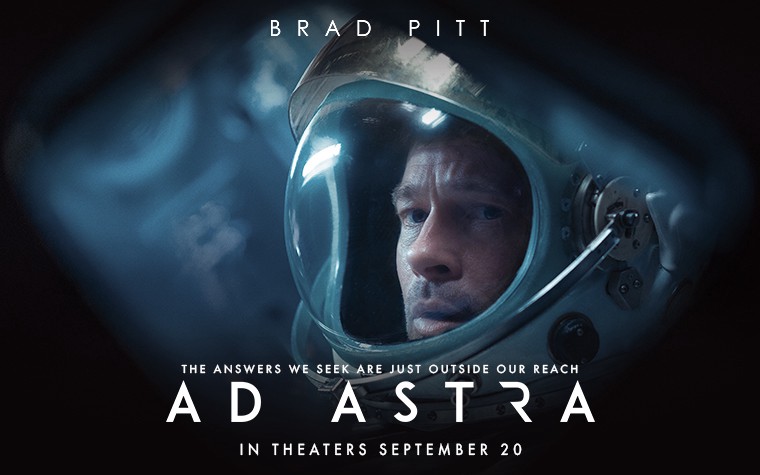 Splendid interviewee who is — along with Soderbergh in American cinema — the director of Ad Astra, James Gray, admitted to the Little White Lies magazine that it is a film that is slightly distorted by the studio. Without any rancor towards the film’s financiers, Gray confirmed that he had no right to a final cut of the film, but estimated that what we see on screen is, literally, “90%” his. What is that remaining 10 percent is impossible to know and this time I’m going to save myself the mentalism exercise, because Ad Astra lives in a contradiction throughout its entire length: an attempt to reconcile a physical adventure with an odyssey of the memory. Two almost independent thrillers, two simultaneous trips, the same protagonist. The vicissitudes do not matter to me. The odyssey has reached me all over my mouth.

Astronaut Roy McBride (Brad Pitt), is commissioned to ask his father, Clifford McBride, planetary legend and, to top it off, Tommy Lee Jones, to abandon an experiment that he has been carrying out for decades at the edge of the Solar System and that has endangered humanity. It just so happens that McBride Jr. isn’t the most appropriate person. The government believes that his personal ties to his father will be enough to deter him, but McBride doesn’t know his father beyond the genetic heritage they share. Or to be more precise: he only knows impressions of him. He knows his legacy. He knows the enormous impact that he has had on his professional life that he has chosen in a decision not entirely his own, because Clifford McBride’s son could not choose otherwise than to follow in his father’s footsteps, and he has paid a price for it. very high price. Roy McBride doesn’t know who Roy McBride is. Worse still: he only knows that he is a descendant of someone BETTER. And he is killing you. Day to day. But duty is duty and our protagonist embarks on a journey that will take him through real dangers and imagined dangers as the various stages and the characters he meets shape a closer perspective of what his father really was, and really is. Call Ad Astra an addendum to the Odyssey (Gray explicitly refers to McBride as a sort of Telemachus), call it an update to Heart of Darkness. For my part, I cannot do it. In the heart of this film, darkness is the last thing I have found.

When I say “got to me,” he has done so despite the fact that Gray tends to approach his protagonist’s inner journey a little too coldly for my liking; the umpteenth demonstration that many American authors seem to panic, BUT PANIC, at anything that smacks of melodrama — and understandably, because the fine line between passion without barriers and after-dinner TV movies is just around the corner. And it has reached me despite the fact that it is a film that I think would not have suffered in the slightest if its three great action scenes had remained in the editing room. At best, they seem only tangentially connected to the story of McBride and his father. At worst, they work in complete isolation for me and feel like a way to maintain interest, which can be useful if you don’t get hooked and start looking at the clock at 20 minutes, which I’d pretty much understand because there is also a fine line between distancing and “LOOK AT ME HOW I TRANSCEND SOMEONE CAN PALP ME ON THE BACK I CAN’T”. The clown that lives in me misses a little humor, that the movie is not going to die for it, and it annoys him that the threat that shakes the Earth is “electroaldldadsahdsbjdasdas pulses” from the space station where Tommy Lee Jones is and not intergalactic pulses of his concentrated bad host. I suppose there are details that tip the balance and contexts where it seems to me that seriousness is much more justified. Besides, I knew my father a bit like that, like McBride did his. He is a plus. What am i going to do. I’m not a blank canvas and dick jokes.

Ad Astra moves slowly. But he moves to the rhythm of his character, to the way in which he is affected by the new information he receives about his father’s character, the true leitmotif of the film. The question Roy McBride asks himself is whether he will ever be free of it. And he does it while he is traveling through a deeply unpleasant future world, populated by indolent, frightened astronauts, in a society where the conquest of space happens in a chaotic way. The outer colonies of La Luna are lawless territory. Mars is a red mist, a border post, a garage. If there is something that the father has transferred to the son, it is the feeling that this world is not a good place to live. sinks you It is depressing. Max Richter’s soundtrack is sometimes pared down to a beat. The reflections of our protagonist are a buzz that goes nowhere. And his director would catch fire before allowing a single tear or scream into his film. Adding up all these factors, Ad Astra could be a glacier, until Gray orders its cinematographer, Hoyte van Hoytema, to operate without restraint or restraint to revitalize the film, to reinforce our protagonist’s state of mind at all times and to give the different planets their particular imprint. This makes Ad Astra a film that creates tension between the coldness of its people and the artificial world they have created, and the natural vibrations emitted by the universe around them. We’ve turned Mars into an ugly basement, but the utterly unreal mahogany light that accompanies McBride as he wanders through its tormented interior tells us there’s a world out there that he wants to talk to us about. Gray grants Neptune, the final destination of our protagonist, a personality so marked that he only needs to sing. We just have to listen.

You combine all these elements and you have a film shot that shits, with an implicit contrast at every moment that is revealed as an absolute, complete and totally deliberate choice that cannot be otherwise and that starts from its main character, played by Brad. Pitt, in the prime of his 30-year career. The experience has turned his defects into virtues. In Once Upon a Time in Hollywood, he showed us the nicer side of pimping. In Ad Astra he completely departs from the sense of urgency he was trying to convey in World War Z — Brad Pitt is not a natural for me in action, whatever the sensational Trojan fight may say — to embrace parsimony and let each minimal gesture reaches us; his tone of voice more monotonous than ever, absolutely lost. Could he have played with more energy? I think not. Not when the great moment of his emotional collapse is communicated to us with the camera at the other end of the ship, in brief shots. It’s Gray’s decision and that’s how Pitt understands her and embraces her as a team effort. McBride won’t solve his problems by talking to himself. He will solve them when he arrives at his destination. If he arrives The transformation is in the journey. In the way we walk the road, meeting other travelers that shape our experience of the world. Ad Astra is a film of imperceptible external changes, but of internal seismic disturbances. Enough to hold two hours of footage? Maybe yes. Maybe not. But everyone involved in this film is totally convinced of it. At the very least, the absolute minimum, I have to give him that.

Ad Astra is, in a way, a new letter of introduction from James Gray to the general public. There’s arguably a new generation of viewers since We Are the Night, his most commercial effort to date, and it’s not like that movie was Bad Boys, exactly. He is an author. He can mask it as he wants, with the money he wants or with the stars he wants. Explore our concerns. What makes us special. And, as he did in The Lost City of Z, he does it by putting us in the foreground with respect to a world, a universe in this case, that will continue to operate without us. Malick, to use as a rough example a director on the same wavelength but at opposite points — and not too far off the mark: Knight of Cups shares a strained father-son relationship — tries to get us to commune with him. He can help us. Gray tells us nanay. He fixes your moves first and maybe, just maybe, we’re ready for it.